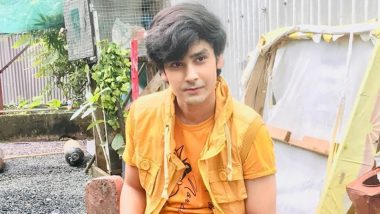 Happu Ki Ultan Paltan actor Sanjay Choudhary went through a traumatic incident. He shared his ordeal on Instagram revealing he was mugged while on his way to work in the middle of the day. The actor said he was on his way to the sets in Naigaon, at around 2:30 PM, when a scooter rider approached his car and banged on the window at Mira Road. The man hurled abuses at the actor and made him pull over the car. He forcefully entered the car once it was stationary. Himani Shivpuri Is Back From the Hospital and Under Home Quarantine, Reveals How Happu Ki Ultan Paltan Producer Benaifer Kohli Helped Her Secure A Hospital Bed (View Post).

Sanjay added, "He snatched my mobile and told me that i had banged into his two-wheeler, causing damages worth Rs 20,000. He also claimed that his hand was also injured. Soon, two-three other men joined him on a scooty. They asked me to withdraw Rs 20,000 from the ATM and give them to pay for the damages. I said I don’t have that much money. He said he will take away my phone then and started abusing me in Marathi and threatening me that he will dial 100 and take me to the police." Meera Chopra's Father Mugged At Knife Point, Actress Calls Out Delhi Police On Twitter.

The actor continued, "I took out my purse and started giving him money. They saw 200 and 500 rupees in the drawer and took that as well. I said take all of it but they said they want an entire Rs 20,000. After taking the Rs 700 cash from the car, he stepped out and asked me to leave. I didn’t drive out immediately and continued to keep sitting in the car. They thought I was calling the police and came back. They told me to leave immediately."

Sanjay warned his followers to be wary of such crimes and advised them to not drive alone. We hope the actor will also file a police complaint soon.

(The above story first appeared on LatestLY on Sep 27, 2020 09:08 PM IST. For more news and updates on politics, world, sports, entertainment and lifestyle, log on to our website latestly.com).