Into the Wild With Bear Grylls and Akshay Kumar: Twinkle Khanna, Katrina Kaif, Suniel Shetty – Celebs Who Made Cameos in the Episode and How They Motivated Akshay! 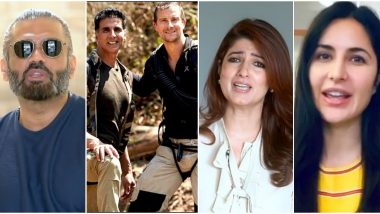 Into the Wild With Bear Grylls and Akshay Kumar: Twinkle Khanna, Katrina Kaif, Suniel Shetty – Celebs Who Made Cameos in the Episode and How They Motivated Akshay! (Photo Credit: Discovery Plus)

The Akshay Kumar special episode of Into The Wild with Bear Grylls has started streaming on Discovery Plus app. Akshay Kumar becomes the third Indian celebrity to appear in the show, after Indian Prime Minister Narendra Modi and South superstar Rajinikanth. The special episode has Akshay Kumar interact with the host and adventurer Bear Grylls, talk about his personal life and initiatives, all the while traversing across a forest that has sloth bears, crocodiles and elephants. Akshay Kumar Special Into the Wild With Bear Grylls Episode: Crossing Croc-Filled River to Drinking Elephant Poo Tea, 5 Stunts We Get to See Sooryavanshi Star Do.

Into The Wild with Bear Grylls and Akshay Kumar gets to see the Sooryavanshi star climb a tree, rappel across a river, make and drink elephant poo tea (yes, you read it right!) and meet some wild elephants! He also talked about his early life, pre-Bollywood career, his first break, his family and his Bharat Ke Veer initiative.

And to motivate him him while he does some 'wild' tasks, there were some special video messages from people very close to him. 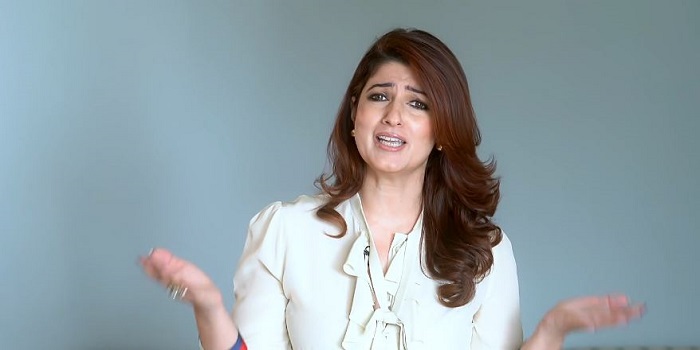 Of course, the first person to motivate Akshay in his first task has to be his better half, Twinkle Khanna. Before we get to see him climb a tree, Bear Grylls made Akshay see a special video message on his iPad from Twinkle. Calling her hubby as 'Mr K', she tells Akshay that if there is one person she is sure of surviving the wild, it would be Akshay. She added, "I know how much you love challenges, which is why you have taken on this adventure. So here's to you climbing greater heights, rather literally in this case." Telling Akshay to maker her proud, she leaves a very interesting parting note for Bear, saying, "Here's my monkey! Go Ape!" 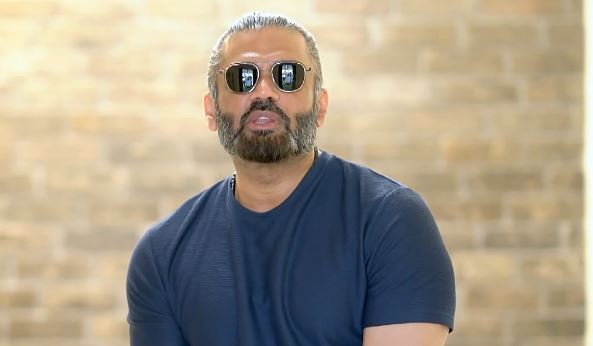 After crossing a crocodile-infested river, Bear had the next video message for Akshay. This time it was from Suniel Shetty, his co-star of many a movie, like Mohra, Waqt Hamara Hai, Dhadkan and Hera Pheri, Suniel, looking quite dashing in a salt-and-pepper look and shades, talked about how he had worked with Akshay for about 30 years and how he is an inspiration to him. He called Akshay 'absolutely fearless, which sometimes can be dangerous'. He reminded Akshay that he is now in the midst of a jungle, so asked him to keep his daredevilry in the backseat and let Bear take the lead. Into The Wild With Bear Grylls: Akshay Kumar Suffered Bruise in the Jungle While Climbing Rope Ladder at the Extraction Point. 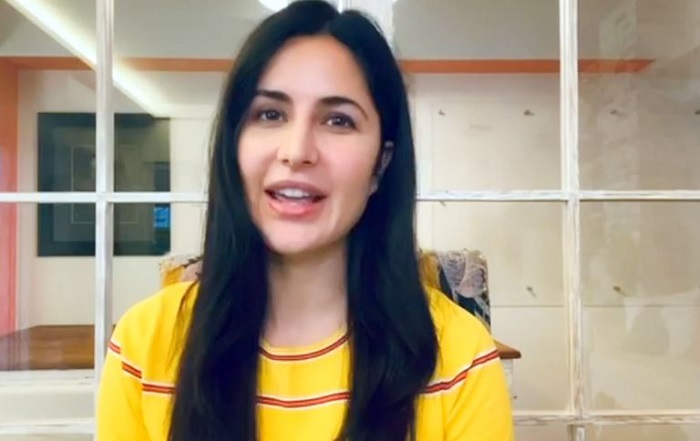 The third and the final celebrity to make an appearance on Grylls' iPad is Akshay Kumar's Sooryavanshi co-star, Katrina Kaif. In her video message, looking pretty in a yellow T-shirt, Katrina said, "Firstly, I am so excited that two of my most favourite people are coming together for this incredible show, Bear and of course, you!" She calls him superhuman and praised his fitness levels, saying that she is confident he will get across the tasks with ease!

(The above story first appeared on LatestLY on Sep 11, 2020 08:55 PM IST. For more news and updates on politics, world, sports, entertainment and lifestyle, log on to our website latestly.com).