In shocking news, TV actor Manasvi Vashisht was robbed by the 'knock knock gang' - a gang famous for knocking on car windows, distracting the person and stealing the belongings from the vehicle. Manasvi lost has filed an FIR after losing his mobile phone to the gang. 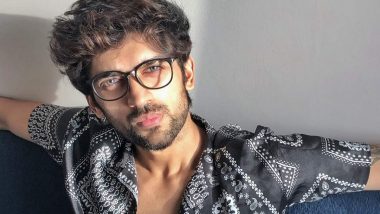 During the lockdown, the crime rates plunged, but with the world reopening we are back to square one. In shocking news, TV actor Manasvi Vashisht was robbed by the 'knock knock gang' - a gang famous for knocking on car windows, distracting the person and stealing the belongings from the vehicle. Manasvi lost has filed an FIR after losing his mobile phone to the gang. The Ishq Mein Marjaavaan 2 actor told Etimes that when a young man gestured him to check his car, he ignored it at first. Birds of a Feather Actress Linda Robson Reveals She Was Once Mugged Over a Designer Bag Filled With Dog Poop.

"However, a few minutes later, when another guy knocked on the window and told me that sparks are flying off the bonnet, I got frightened," the actor added. The man called a mechanic, who buried his head in the bonnet and did something. "He later told me that the issue was addressed in the nick of time or else, I wouldn’t have been alive. All I could do was thank both of them for their timely help. After ‘fixing’ the engine, he asked me to check the car and left within seconds. It’s only sometime later I realised that my phone was missing," the actor added. Deivamagal Actress Suchitra Allegedly Absconding After Robbing Her in-Laws With Husband.

Manasvi started to ask around about the 'mechanic' when he learnt from another mechanic area about the 'knock knock gang' and their modus operandi - "how one person knocks on the window of your car and steals your belongings by diverting your attention. I fell prey to them because I am new in the city". Manish Chaudhari Catches Eve-Teaser Who Was Harassing His Partner, Reveals Mumbai Police 'Wasted No Time in Taking Action'.

The TV actor filed an FIR at the police station and said, "The police told me that a similar incident had taken place previously as well. Apparently, the gang sells phone parts to avoid being tracked. I hope they are nabbed soon, so that no innocent person is conned again."

In May, Meera Chopras' father was mugged at knifepoint in Delhi. Happu Ki Palatan actor Sanjay Choudhary was robbed in broad daylight September 27.

(The above story first appeared on LatestLY on Nov 26, 2020 12:31 PM IST. For more news and updates on politics, world, sports, entertainment and lifestyle, log on to our website latestly.com).