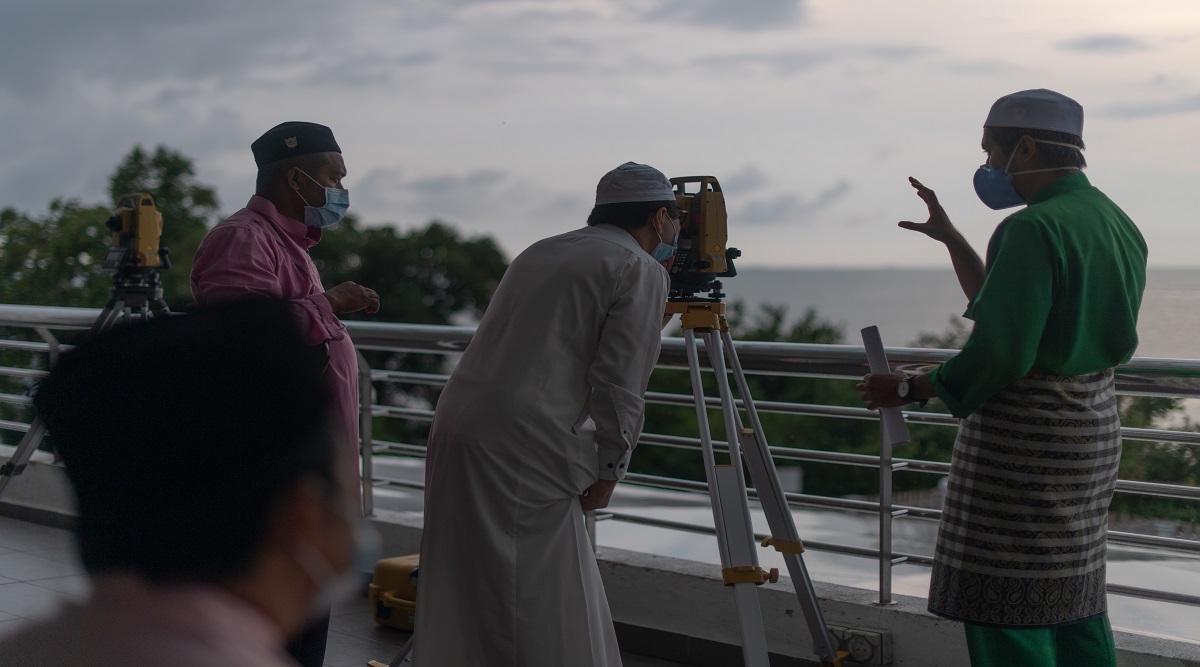 New Delhi/Islamabad, May 22: The Islamic lunar cycle in Indian subcontinent region is a day behind most parts of the Middle East and western hemisphere of the world. While Saudi Arabia, UAE and other Gulf nations attempted to sight the new moon today, India, Pakistan, Bangladesh and Sri Lanka will look for the crescent on Saturday. If the moon is sighted, then Eid al-Fitr in the region will be observed on Sunday, May 24. Eid Moon Not Sighted on Friday in Saudi Arabia, UAE and Other Parts of Middle East.

In Pakistan, the Central Ruet-e-Hilal Committee under the chairmanship of Mufti Muneeb-ur-Rehman would be convening ahead of Maghrib prayers to look for the crescent moon marking the end of Ramadan, also referred to as Ramzan in this part of the world. Efforts to sight the moon will begin as early as before Asr prayers and continue till after dusk. Pakistan's Science Ministry Suggests Eid Likely to be Celebrated on May 24.

In India, the final call on the sighting of moon will be taken by the Hilal Committees based in each provinces which entail significant portion of Muslim population. Nationwide, the announcements which are anticipated include the statements of Maulana Khalid Rasheed Firangi Mahali of Lucknow and Shahi Imam Ahmed Bukhari of Delhi's Jama Masjid, along with the Hilal Committees of Mumbai, Hyderabad, Patna and Kolkata.

The announcement in Bangladesh would be made by the Ruet-e-Hilal Committee based in Dhaka after the evening prayers. In Sri Lanka, the Muslims are expecting an announcement on the sighting of moon by Colombo Grand Mosque after sunset.

As per the theology in Islam, Eid al-Fitr is to be observed on the first date of Shawwal, the month which succeeds Ramadan, If the moon is sighted today, then Ramadan would end and Eid would be observed tomorrow. If the moon remains unseen, then the 30th fast would be kept by Muslims on Sunday and Eid al-Fitr would be celebrated on Monday, May 25.