Sex for pregnancy can be tricky. While some couples become pregnant in the first encounter of sex, while some people have to wait, but do you know there are tricks to get pregnant faster. 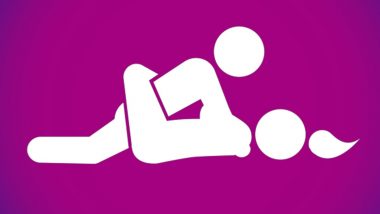 Sex for pregnancy can be tricky. While some couples become pregnant in the first encounter of sex, while some people have to wait, but do you know there are tricks to get pregnant faster. According to a study, in order to get a positive result of pregnancy, couples have sex for 70 times in an average. However, if you are trying to get pregnant, you must follow some sex tips. Trying to Get Pregnant After 35? Here are All the Things You Should Stop Doing Right Now to Improve Your Chances of Conceiving!

Should You Have Sex More Often?

Some people believe that tendency of having a child also depends on sex positions. One-third of the couples consider missionary position to be the best in this case. About 36 percent of couples use this position while having sex in general as it is cionvinent and is considered the most natural one. According to experts, couples should have sex only once a day to increase their chances of convincing. Although, some couples also believe that having sex several times a day may increase the chances of getting pregnant as well. According to experts, couples who have sex once in 2-3 days have the highest ability to conceive.

What is the Best Time To Have Sex?

The correct time to become pregnant is five days before ovulation and the day of ovulation. Two days after ovulation and the day of ovulation are perfect for conceiving as well. During these days, the chances of getting pregnant by having sex are highest. During ovulation, the ovary releases a mature egg. This egg makes its way to the fallopian tube on the way to the uterus. At this time, sperm meet the most fertilized eggs on the routine. Sperm can remain alive inside a woman's body for about five days. Therefore, when trying to conceive, your goal should be to have living sperm in your fallopian tube when you ovulate.

You can use an app or keep a calendar marking of your period cycle. Each cycle starts from the first day of your periods and ends a day before your next period begins.

(The above story first appeared on LatestLY on Jan 04, 2021 09:47 PM IST. For more news and updates on politics, world, sports, entertainment and lifestyle, log on to our website latestly.com).