Recently, a bull with an itchy bum knocked a transformer causing the power outage to 800 homes in a Scottish village. There have been records of such funny instances in the past, let us look at some of them. 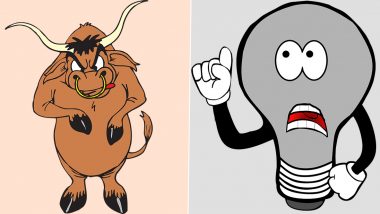 The shut down of electricity can be really annoying, especially in the months of summer. But irrespective of the seasons, a power cut does feel like an inconvenience since most of our devices run on them. While in several regions, authorities do undertake powercut for repair works, there have been funny instances when animals and birds have played rogue and causing a power outage of over thousands of people. A recent example would be from Scotland, where a bull with an itchy bum knocked a transformer causing the power outage to 800 homes. There have been records of such funny instances, let us look at some of them.

In the Scottish town of Chapelton, a four-year-old bull named Ron was trying to relieve his itchy bum. While he sought his relief, it caused utter discomfort to three villages nearby. Ron owned by Hazel Laughton had knocked off the transformer box from an electric pole. All the wires were down in the field and the family realised it later what had happened. The officers were called in to repair the damage but some of the areas had to spend the whole nights without electricity. Ms Laughton posted an apology for everyone on Facebook later.

In the year 2016, a single monkey playing rogue had caused an electricity breakout in the entire nation of Kenya. The monkey fell on a transformer at their power station which caused the equipment to trip. It created a loss of power so much that caused a blackout in Kenya! nd luckily, the monkey had managed to survive from this adventure. The area around the power station has been fenced with electric wires but it is unclear how the monkey got in there to play.

Pigeon poop has been a cause of huge traffic jams in Japan many years ago. The faeces had piled up which resulted in knocking out of power in the areas of Shiojiri and Matsumoto. Over 25,000 traffic lights and hundreds of homes faced power outage because of these birds poop. Because of the haywire traffic, cops had to divert everyone.

All of these sound so funny right, but they have caused major inconveniences, be it for a few hours. When the power outage is for the official repair works, at least, most of the times we know the duration we have to be out of electricity. But in cases like these, it cannot be predicted. Who would've thought a monkey's play could cause a nationwide blackout?

(The above story first appeared on LatestLY on May 12, 2020 05:50 PM IST. For more news and updates on politics, world, sports, entertainment and lifestyle, log on to our website latestly.com).