Demi Lovato Comes Out As Non-Binary, Will Now Be Referred To As They/Them; Understand What It Means To Identify As Non-Binary

With Demi Lavato's coming out as Non-Binary, folks around the world are probably pondering on what it means to Identify as a Non-Binary individual. So here's everything you need to know about Non-Binary people. 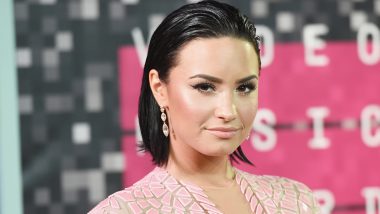 Singer Demi Lovato announced via Twitter that the singer is non-binary. Lovato who also described themselves as queer said, that they will be changing their pronouns from she/her to they/them.

The Twitter Statement said, "Today is a day I'm so happy to share more of my life with you all I am proud to let you know that I identify as non-binary & will officially be changing my pronouns to they/them moving forward."

Lovato further added, they are still learning and they don't claim to be an expert on the subject. With Demi Lavato's coming out as non-binary, folks around the world are probably pondering on what it means to Identify as a non-binary individual. So here's everything you need to know about non-binary people.

There isn't a single definition that fits non-binary people as it is a broad-based definition.  People – including most transgender people – usually identify themselves as either male or female. But some people don't neatly fit into either mould "man" or "woman," or “male” or “female.”

Society tends to recognize just two genders, male and female. The idea that there are only two genders can be categorised as “gender binary,” Binary means two parts - male and female.  Ergo, “non-binary” is a term people use to describe genders that don’t fall into one of these two categories, male or female.

Non-binary people refuse to be pigeonholed into a particular category - male or female - they don't believe that in the gender assigned to them at birth and don't feel an inclination to accept it.

In March 2019, Singer Sam Smith came out as non-binary. At the time they announced, “I’m not male or female, I think I flow somewhere in between.” Lovato said that they will be holding a video conference to discuss and raise awareness about non-binary people very soon. This will help the world come more to terms with what it means to identify as non-binary.

(The above story first appeared on LatestLY on May 19, 2021 06:08 PM IST. For more news and updates on politics, world, sports, entertainment and lifestyle, log on to our website latestly.com).