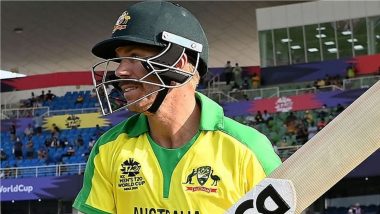 The team is placed on number two of the Group 1 points table. Whereas West Indies, on the other hand, has just managed to win one game from all the four matches played by them. They currently stand at number five of the Group B points table. Australia will leave no stone unturned to win this fixture as they are running in close competition with South Africa who is also looking to seal a spot in the semi-finals. Let’s have a look at the vice-captain and captain of the side.

David Warner is truly labelled to be one of the best batsmen in Australia. He might have been performing in patches for the team and could have garnered the attention of critics but, but surely once he gets going, Warner is simply unstoppable. The left-hander has scored 98 runs so far in the tournament.

Having smacked 78 runs so far in the tournament, Evin Lewis is surely one of the strongest hitters on the team. He opens for the West Indies and all eyes will be on him to give a good start to West Indies.

(The above story first appeared on LatestLY on Nov 06, 2021 01:38 AM IST. For more news and updates on politics, world, sports, entertainment and lifestyle, log on to our website latestly.com).