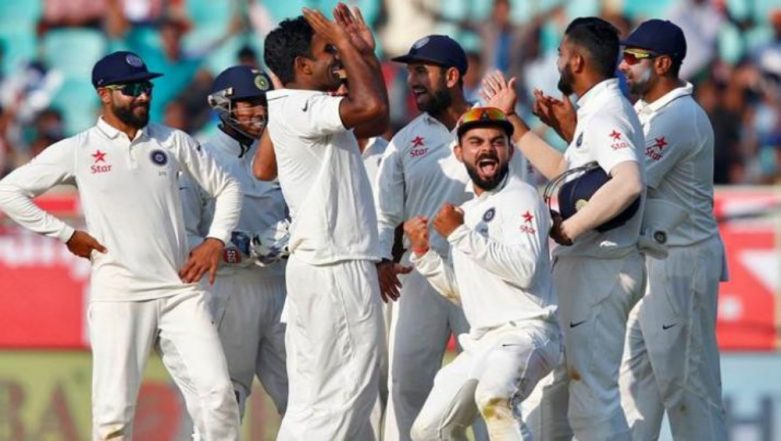 Within 10 minutes of the start of Day 5’s play, Ravichandran Ashwin claimed the last wicket of the English team. It was a fairytale come back for the India who were down by 2-0 in the Pataudi Test Series 2018 ahead of the Nottingham match. To begin with, the toss was won by England and they invited the Indians to bat first. With immense intent and grit, the openers of India Shikhar Dhawan and KL Rahul stepped on to the field and contributed with 60 runs on the board. After Dhawan’s wicket, it was Cheteshwar Pujara who left the field with an uncharacteristic hook. When it almost looked that the ghosts of the past were haunting India, the captain and the vice-captain Virat Kohli and Ajinkya Rahane went on to handle the crumbling innings and made way to the dressing room before scoring their centuries. Titbits from others Like Hardik Pandya, Rishabh Pant and others helped India reach the total of 329.

The first innings turned out to be forgettable for England as none of their leading batsmen could reach half centuries. All thanks to the Indian bowling line-up which comprising Hardik Pandya, Ishant Sharma and Jasprit Bumrah. Hardik Pandya got his first fifer and thus England collapsed on the mere score of 161 runs. By now, India had already tightened their grip over the game as they had the lead of 168 runs. Once again, India’s batsmen put up a massive show by putting up the total of 352 runs and thus declared the innings. The opening pair KL Rahul (36) and Shikhar Dhawan (44) contributed with 60 runs on the board. Cheteshwar Pujara scored 72 runs and Virat Kohli once again proved his prowess by scoring 103 runs. (Check out the video highlights of the match here)

The fourth innings once again witnessed a Jasprit Bumrah’s fifer with the top four batsmen of England could not even reach the score of 20 runs. Only Ben Stokes and Jos Buttler fought hard to contribute 169 runs on the board. So it wouldn’t be wrong to say that India’s all-around performance helped them beat England comprehensively by 203. Virat Kohli was given away the Man of the Match Award for making 200 runs in the game. (Check out the scores of the match here).