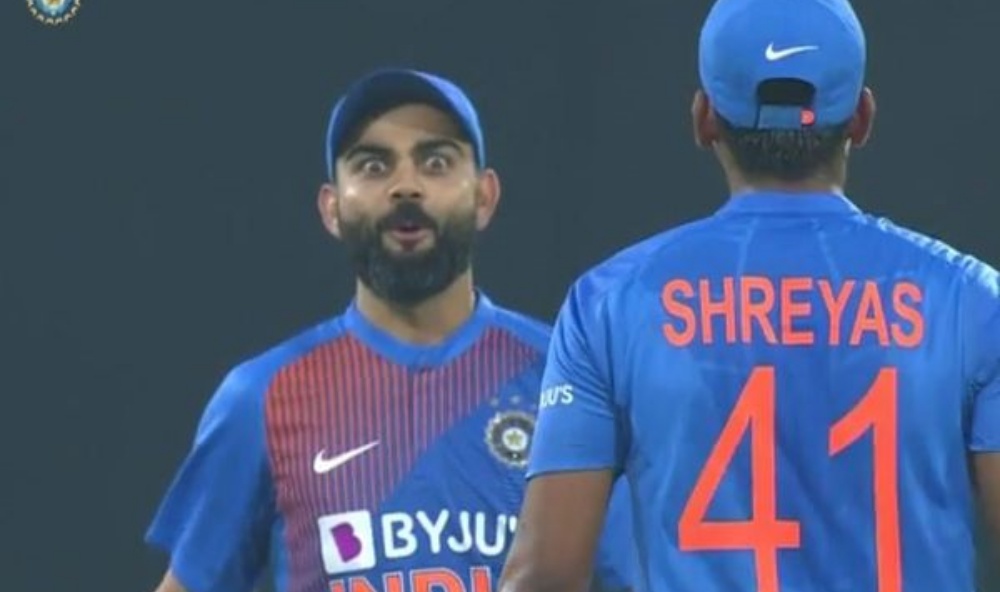 Shreyas Iyer continued his great form in the second T20I between India and Sri Lanka which was held at the Holkar Stadium last night. He continued his master class with quick 34 runs for 26 balls and that also included a monstrous six. The maximum which was hit by the Mumbai batsman stunned as he went down the ground. The ball went straight on the roof not only left the Indian captain in awe but also surprised the fans. India was chasing a total of 142 runs. IND vs SL, 2nd T20I 2020 Stat Highlights: Virat Kohli Becomes Leading Run-Scorer in T20 Internationals as India Beat Sri Lanka by 7 Wickets.

Talking about the Indian innings, KL Rahul gave a great start to the team as he scored 45 runs from 32 balls. Shikhar Dhawan chipped in with 32 runs from 29 balls. Iyer made way to the pavilion with his quick-fire of 34 runs from 26 balls and laces his innings with one four and a couple of sixes. The six we mentioned above was slammed when Wanindu Hasaranga was handling the bowling duties. The video of the same was shared on social media. Check out the video below. India Vs Sri Lanka, Highlights And Cricket Score 2nd T20I Match.

The match witnessed the Indians walking away with a seven-wicket win over Sri Lanka. The next game will be held on January 10, 2020. The first match got washed out due to massive rains in Assam. The second game ended with Indians achieving the total with 15 balls to spare.