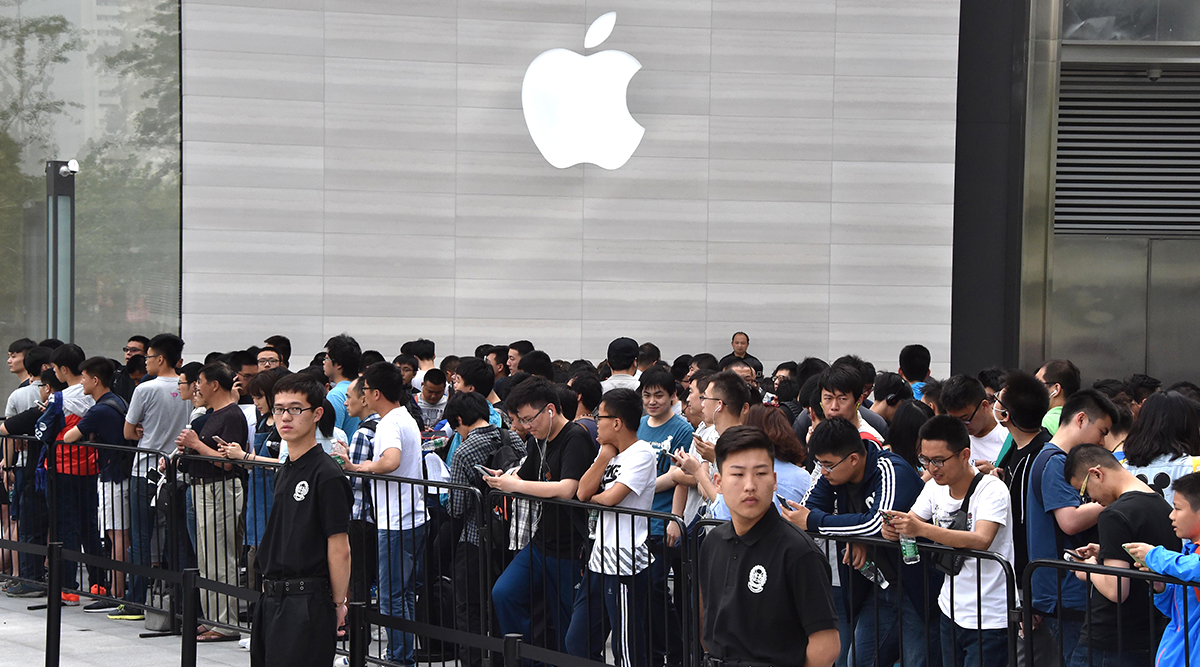 San Francisco, Jan 23: Apple is expected to launch as many as four new iPhones spread across different display sizes in 2020 and now Apple analysts, Macotakara shared more details about the iPhone 12 design from a source from company's supply chain in Asia. The report claimed that the iPhone 12 will come in three size versions, including 5.4-inch, 6.1-inch, and 6.7-inch, but Apple will release two distinct 6.1-inch models, according to the source. Apple's affordable iPhone in 2020 Will Look Like IPhone 8: Report

The 6.7-inch model will have a thickness around 7.4mm, which would be nearly 10 per cent thinner than the iPhone 11 Pro Max at 8.1mm. Additionally, it also claims that the 6.7-inch model will be slightly taller than the iPhone 11 Pro Max and feature a triple-lens rear camera. Recently, J.P. Morgan analyst Samik Chatterjee claimed that Apple will release a 5.4-inch iPhone, two 6.1-inch iPhones and one 6.7-inch iPhone with 5G connectivity in 2020. Top-End 2020 Apple iPhone Might Feature A Notch-Free Display & In-Display Fingerprint Scanner: Report

Chatterjee predicts the company may introduce two high-end models (one 6.1-inch and one 6.7-inch) with support for mmWave, as well as a triple-lens camera and "world facing" 3D sensing for improved Augmented Reality capabilities. Earlier Kuo also said that Apple is preparing to release a new iPad Pro, a new MacBook and an augmented reality (AR) headset by the first half of 2020. Kuo expects Apple to team up with third parties to create the first batch of AR headsets. The new iPad Pro models will be launched in the first quarter and will reportedly come with a rear-facing 3D Time-of-Flight sensor for increased accuracy in depth-of-field photography. While, a MacBook with a new scissor-switch keyboard could be launched in Q2 2020.