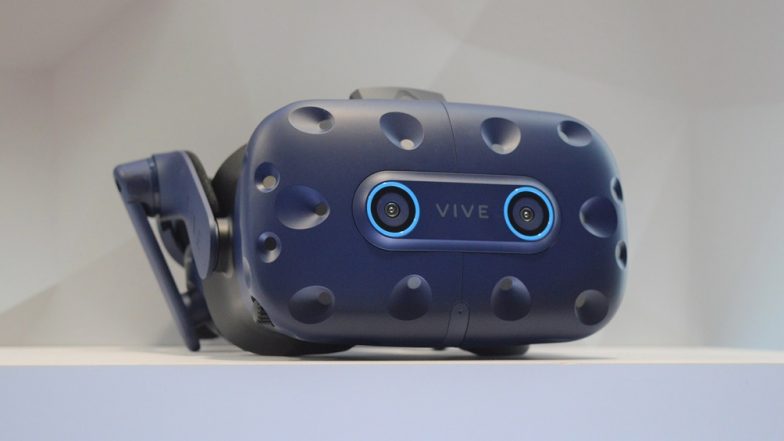 HTC says it's "an evolution in the enterprise VR space" which tells you who it's aimed at, GSMArena reported late on Monday. The Vive Pro Eye promises to bring higher-quality VR experiences, owing to a technique called "foveated rendering" that renders sharp photos for wherever the human eye is looking in a virtual scene.

There's no pricing yet, but it's supposed to launch in the second quarter of 2019, according to The Verge. CES 2019: Nvidia GeForce RTX 2060, RTX 2080 Graphics Cards Officially Announced For Laptops at Trade Show.

The HTC Vive Cosmos is a new stand-alone VR headset with two front-facing cameras, two side-facing cameras and a pair of hand-held wands.

According to the Ars Technica, HTC executive Dan O'Brien confirmed that computer game company Nvidia is collaborating with it to help VR developers apply variable rate shading, a feature built into new RTX-series graphics cards, to games and apps.