Flying Cars by Uber May Start by 2020, Watch Video

The company had been working on the concept of flying cars for quite some time. Uber has reliable partners for their project including NASA to develop the new UberAIR service. 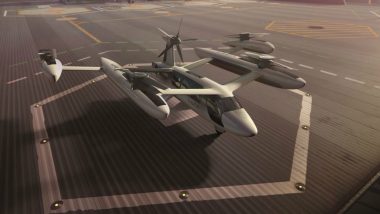 Traffic is a perpetual problem of transportation around the world. And to avoid it there is a provision of flying taxis in some parts of the world. Flying cars have been on the agenda of future development for a long time, and now Uber is planning to introduce them by 2020. So you could eventually travel through cities by air eliminating all the congestion on the roads. At Uber's second annual Elevate Summit in California this week, the company unveiled the concept for how riders might get around by air.

The flying will take vertical takeoffs and land on air stations which will be on the rooftops or the ground. The skyports they say will be equipped to handle 200 takeoffs and landing in an hour, or one every 24 seconds. The plans are more ambitious with an aim to introduce aircrafts that fly autonomously. These flying cars will be more like drones carrying passengers than a helicopter. The officials have said they will be safer than choppers. These flying cars will be quieter than a helicopter, producing half the noise of a truck driving past a house.

Take a look at the video of how Uber's plan of flying cars:

Uber has reliable partners for their project including NASA to develop the new UberAIR service. The company had been working on the concept of flying cars for quite some time. “While Uber does not want to build these new autonomous aviation vehicles itself, it does hope to give its manufacturing and other research partners the tools to create this new technology in order to accelerate the path to having a commercial network of flying cars," it was said in the Uber's conference. The company is utilising the drone technology to the maximum, and the urban transportation will soon take it to the air.

(The above story first appeared on LatestLY on May 10, 2018 10:01 AM IST. For more news and updates on politics, world, sports, entertainment and lifestyle, log on to our website latestly.com).