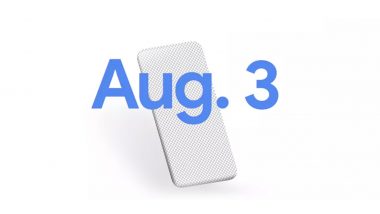 Google Pixel 4a Smartphone To Be Launched on August 3 (Photo Credits: Google Store)

Google, the tech giant will officially launch its 'Pixel 4a' smartphone today. Last week, the firm teased the launch date of the mobile phone on the Google Store website. The image showcases a blank smartphone with mock Latin text indicating at the expected features of the Pixel 4a. The smartphone was expected to debut in at Google O/I in May this year. However, Google cancelled this year's I/O developer conference due to the coronavirus pandemic & the launch was delayed. Google Pixel 4a Smartphone To Be Launched on August 3; Officially Teased Online. 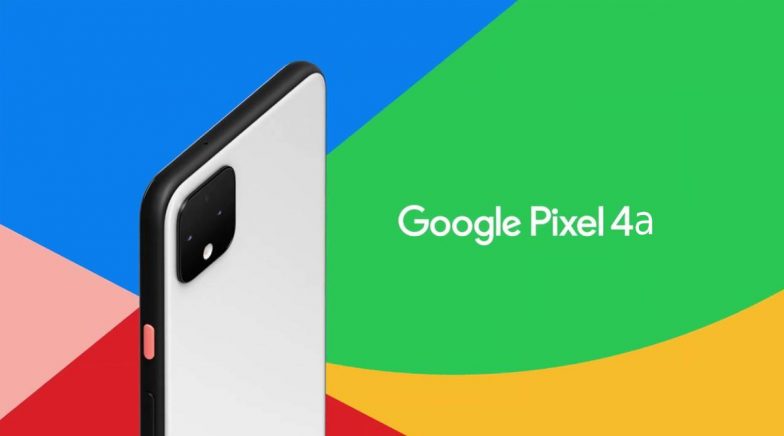 The company has not revealed the launch time of Pixel 4a handset. In terms of specifications, the device is likely to feature a 5.8-inch FHD+ punch-hole display with a resolution of 2340x1080 pixels. Expected to be powered by Qualcomm Snapdragon 730G chipset, the smartphone may come with 6GB RAM & with up to 128GB of internal storage. For optics, the Pixel 4a might sport a single 12.2MP rear camera & an 8MP selfie snapper. 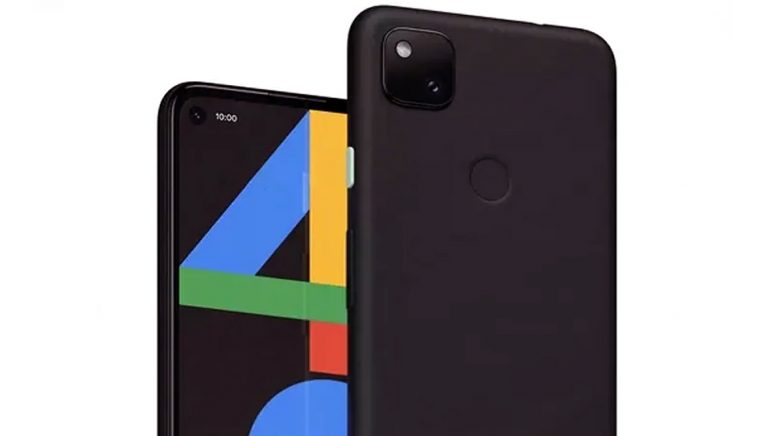 The smartphone is rumoured to come with a 3,080mAh battery with 18W fast charging facility. It will run on Android 10 out of the box. Additionally, the device is likely to get a 3.5mm audio headphone jack & a USB Type-C port. Coming to the prices, Google Pixel 4a is likely to be priced at $299 (approximately Rs 22,420) for 64GB storage variant & $349 (approximately Rs 26,160) for 128GB storage model. When launched, the handset will lock horns with OnePlus Nord & Apple iPhone SE 2020.

(The above story first appeared on LatestLY on Aug 03, 2020 08:54 AM IST. For more news and updates on politics, world, sports, entertainment and lifestyle, log on to our website latestly.com).