HTC is planning to unveil two Vive virtual reality (VR) headsets -- Vive Pro 2 and Vive Focus 3 Business Edition -- on May 11. The company may announce the new headsets during its ViveCon 2021 conference. 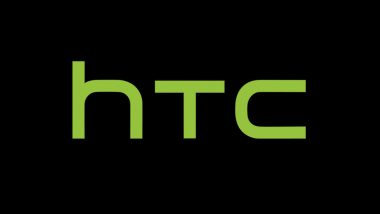 New Delhi: HTC is planning to unveil two Vive virtual reality (VR) headsets -- Vive Pro 2 and Vive Focus 3 Business Edition -- on May 11. The company may announce the new headsets during its ViveCon 2021 conference, which is scheduled on May 11 and May 12, The Verge reported on Wednesday, citing Protocol. While the original Vive and Vive Pro headsets were associated more with gaming, the high-end Vive Pro 2 and Vive Focus 3 Business Edition will reportedly be aimed toward the enterprise sector. HTC Vive Focus Plus Virtual Reality (VR) Headset To Arrive By Mid-April, Will Be Priced At $799.

It is unclear if both will be tethered headsets that require a PC to use or if one will have a standalone, wire-free design to take on the likes of the Oculus Quest 2, the report said.

The report from Protocol states that both headsets were mentioned in HTC company documents and were also briefly listed on the European e-commerce site Alzashop. Before those shop listings were taken down, the Vive Focus 3 Business Edition showed a a,1,474 ($1,771) price, and the Vive Pro 2 was listed for a,842 ($1,012), the report said.

In March, research from Counterpoint's 'Global XR Model Tracker' showed that Facebook-owned Oculus virtual reality (VR) headsets captured 53 per cent of the extended reality (XR) headset shipments in 2020 which declined 9 per cent (on-year). Sony grabbed the second spot riding on its strong PlayStation user base who went in for the five-year-old PlayStation VR. HTC, DPVR and Pico took the third, fourth and fifth spots, respectively.

(The above story first appeared on LatestLY on May 06, 2021 08:47 AM IST. For more news and updates on politics, world, sports, entertainment and lifestyle, log on to our website latestly.com).