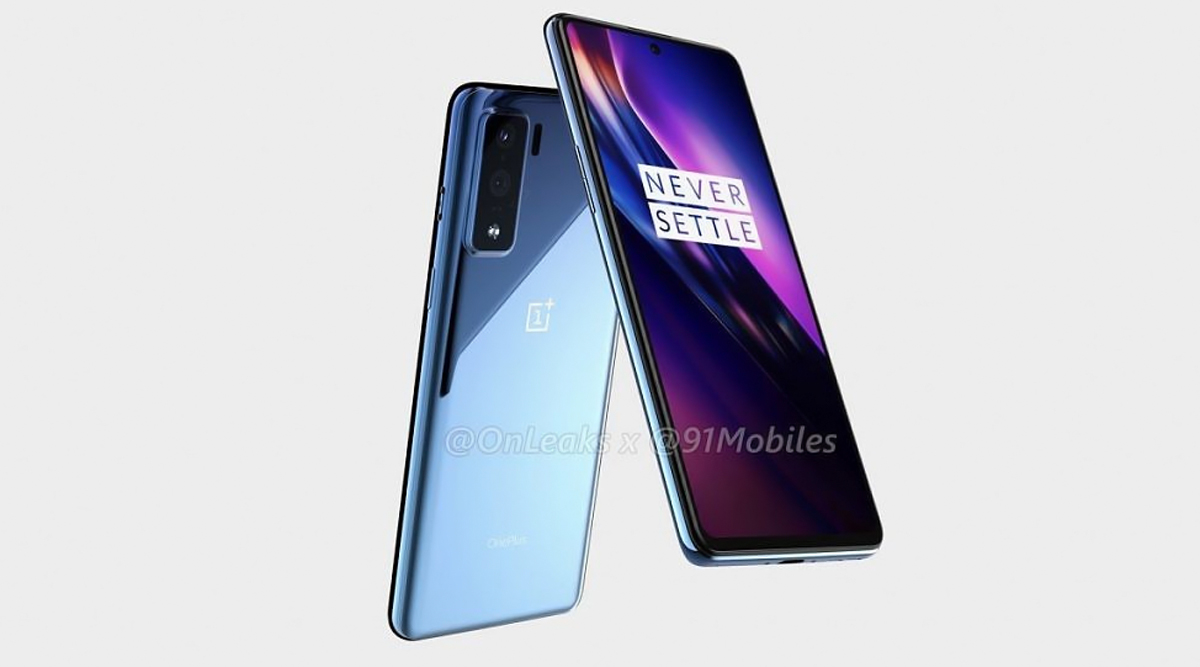 OnePlus, the Chinese smartphone manufacturer is expected to launch a mid-range smartphone in the market. Likely to be called OnePlus 8 Lite, the phone maker reportedly will be introducing a mid-range phone after straight four years. The next year could be busy for the phone maker as it might launch more smartphones than the usual number of phones. The company is reportedly working on a pocket-friendly phone, and the render images for the same have surfaced online. OnePlus Sixth Anniversary Sale: OnePlus 7T & OnePlus 7 Pro Now Available With Discounts Up To Rs 6,000.

As per the leaked renders, the phone will come with a punch-hole curved display and a triple rear camera module at the rear. Interestingly, the phone will be called OnePlus 8 Lite that will be launched to target the launch looking a mid-range device from OnePlus. As a reminder, OnePlus' last mid-range device was OnePlus X that was introduced in the year 2015. OnePlus X packed yesteryear's flagship chipset, which was Snapdragon 801.

With New OnePlus devices, the company is inching towards the flagship range; specifically the prices they are launched. So, it would be a perfect time to capture the mid-range space with an affordable OnePlus handset. Courtesy of OnLeaks and 91Mobiles, OnePlus is surely looking do the same with OnePlus 8 Lite.

So, it won't be wrong to assume that OnePlus will launch three smartphones under the OnePlus 8 series next year. We already know that OnePlus 8 and OnePlus 8 Pro will be launched by the first half of 2020, presumably along with OnePlus 8 Lite. The renders also revealed that the device would carry a flat display which could be 6.5-inch screen and a punch-hole display for selfie camera at the front. As of now, the specifications and other details are not known. So stay tuned to LatestLY for more information about OnePlus 8 Lite.