OnePlus Nord 2 smartphone has been confirmed to be launched tomorrow in India. Ahead of the launch, a new teaser by OnePlus has confirmed that the phone will get a 50MP AI triple rear camera setup and pack a 4,500mAh battery. 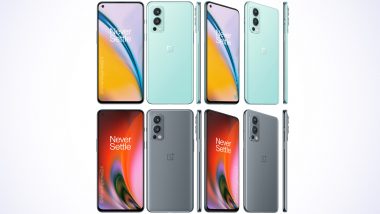 OnePlus Nord 2 smartphone is confirmed to be launched tomorrow in India. The company has been teasing the device on its official Twitter account revealing its key specifications. Now, a new teaser by OnePlus has confirmed its battery and rear camera. As per the new teaser, the Nord 2 phone will be fuelled by a 4,500mAh battery with a 65W Warp charging facility. The company claims that Warp charging will offer a full day's power in just 15 minutes. In addition to this, OnePlus has also confirmed that the handset will get a 50MP AI triple rear camera module. OnePlus Nord 2 5G Smartphone India Launch Confirmed on July 22, 2021; Expected Prices, Features & Specifications.

OnePlus Nord 2 is likely to be offered in four colours - Blue Haze, Gray Sierra, Green Woods and Red. The green shade could be available on the 12GB + 256GB model. 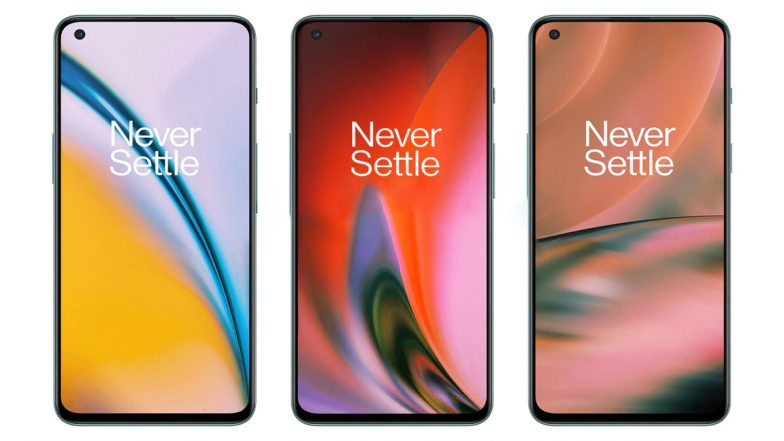 In terms of design, the Nord 2 device will come with a similar design as that of the OnePlus 9. The smartphone will be powered by a MediaTek Dimensity 1200AI- chipset paired with up to 12GB RAM and up to 128GB of internal storage. 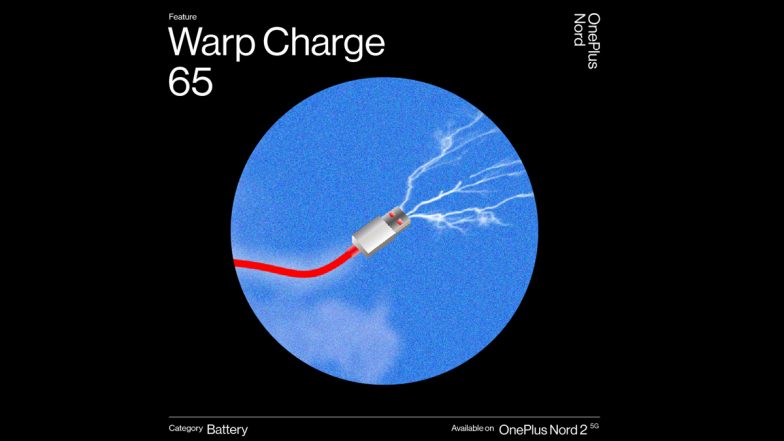 We gave Nord 2 a 4500 mAh battery and Warp Charge 65. The result? Warp-speed charging giving you a full day’s power in just 15 minutes. pic.twitter.com/SpfsWcv4p7

The handset will sport a triple rear camera setup comprising a 50MP main camera, an 8MP ultra-wide-angle lens and a 2MP shooter. It will feature a 6.43-inch FHD+ AMOLED display with a refresh rate of 90Hz. At the front, there will be a 32MP selfie snapper. 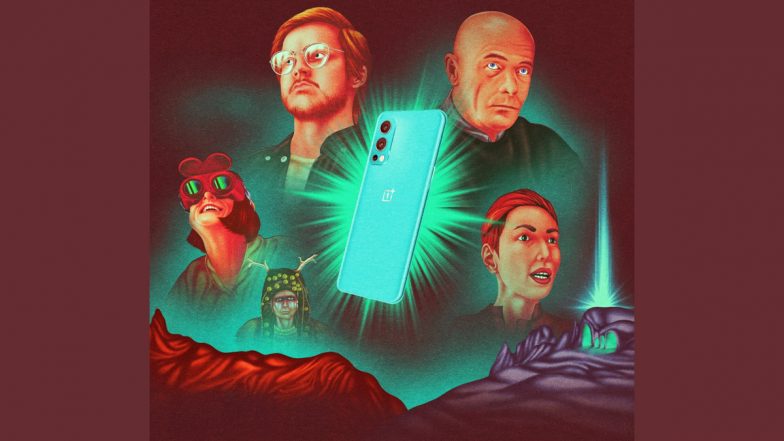 (The above story first appeared on LatestLY on Jul 21, 2021 05:54 PM IST. For more news and updates on politics, world, sports, entertainment and lifestyle, log on to our website latestly.com).