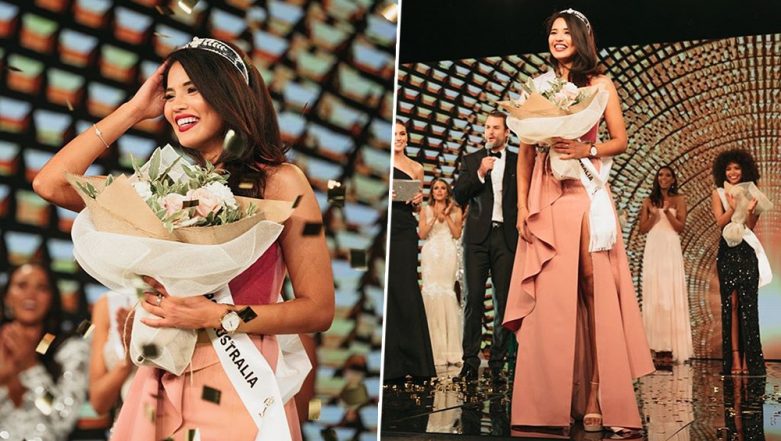 Serrao edged past 26 other women from across the country in Melbourne on Thursday night to win the title. The 26-year-old will now represent Australia in the Miss Universe competition later this year.

26-year-old Law graduate from Melbourne, was crowned Miss Universe Australia 2019, Priya was born in India and grew up in the Middle East and moved to Australia at the age of 11. 📸Jarrad Seng #MissUniverse pic.twitter.com/xoU0yGqlEu

"I just want to see more diversity and the fact someone that looks like me and has my background is here is amazing," Serrao said after her win. A law graduate who currently works in Department of Jobs, Precincts and regions in Melbourne, Serrao was born in India. Her family later moved to Oman and Dubai before finally settling in Australia. Serrao said winning the title was a huge surprise for her as it was her first beauty pageant contest. Miss Universe 2019: Iran To Make a Debut at The Pageant With Recently-Crowned Beauty Queen Shirin Heidari.

"I have never entered a pageant before and I have never done a modelling before... So this was a huge surprise. I wanted to be a part of the experience,'' she added. Western Australia's Bella Kasimba and another Victorian Marijana Radmanovic rounded out 2019's top three, placing second and third.