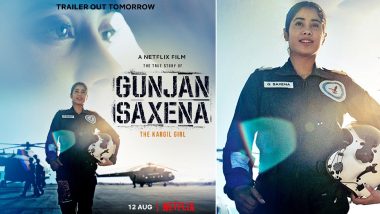 Janhvi Kapoor's new release, Gunjan Saxena has already hit Netflix and while critics had mixed responses to it, viewers aren't completely favouring it either. Blame it on the ongoing nepotism debate on social media but Gunjan Saxena is paying a heavy price for having a star kid in lead and for coming from a production house that's owned by Karan Johar. The movie has so far secured a rating of 4.0 on IMDB, which, honestly, is far less for its calibre. Sushant Singh Rajput's Dil Bechara's IMDb Rating Soars To 9.8, Becomes Highest Rated Indian Film Ever.

It seems Sushant's die-hard fans have intentionally downvoted Gunjan Saxena on IMDB to give it an overall poor rating. Currently, the film has a negative rating of 47.9% which makes up for around 999 votes. It's then followed by a positive rating of 30.4% which makes up for 634 votes. The tussle between two sets of fans is ongoing and their fight will either improve the ratings or degrade it further in the coming days. Sadak 2 Trailer: Sanjay Dutt and Alia Bhatt's Film Promo Garners Dislikes in Lakhs on YouTube Thanks to The Ongoing Sushant Singh Rajput Controversy. 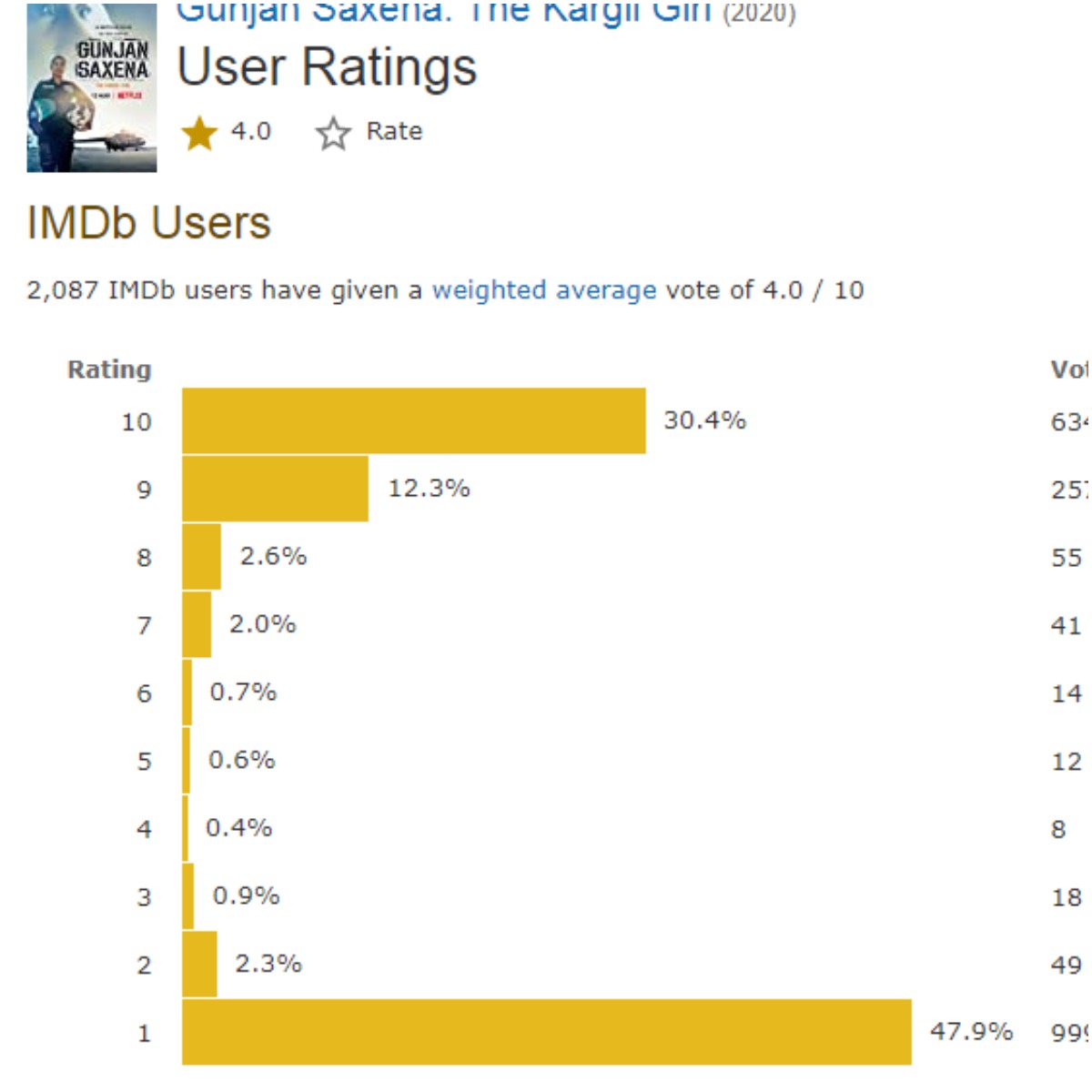 Janhvi's Gunjan Saxena is a biopic on India's first women pilot in combat. This patriotic movie is Netflix's offering for the Independence Day weekend and the timing couldn't have been better, but sadly, it may not work in the film's favour this time.

(The above story first appeared on LatestLY on Aug 12, 2020 10:41 PM IST. For more news and updates on politics, world, sports, entertainment and lifestyle, log on to our website latestly.com).