Gulshan Grover is one of the earliest imports to Hollywood and has been part of several movies from the west. Slumdog Millionaire could have been part of that list as well but it didn't happen. Irrfan Khan played the character in Danny Boyle's Oscar-winning film. 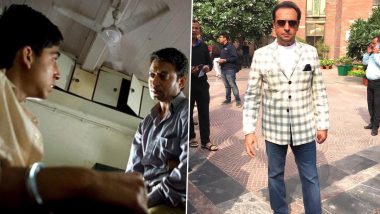 Gulshan Grover is the bad man of Bollywood, among many other bad men of Bollywood. In the 90s, his evil gaze and shady presence were enough to make anybody cringe. Add to that some cheeky catchphrases and you know you have the right mix for a quintessential villain of that decade. But it would be wrong to typecast him so severely. Grover has done some really positive roles as well like the one in Raja Ki Ayegi Baraat or Dil Maange More or I Am Kalam. In all these films, you would love to love him, which tells you what a versatile actor the man is. He is also one of the earliest imports to Hollywood, much before Priyanka Chopra or Aishwarya Rai Bachchan. In fact, he was approached for Slumdog Millionaire as well and that too for the role essayed by Irrfan Khan later. Gulshan Grover, Sharad Kapoor to Star in Indo-Polish Film ‘No Means No’

Speaking to TOI, Gulshan Grover had reminisced a few years back, "I was supposed to play Irrfan Khan's role, but the offer didn't sound great back then. It's upsetting now, and that's how I missed the Oscars." But he admitted that the film started a tremendous movement for Indian artists. Gulshan Grover Recalls When He Was Denied Visa Because He ‘Beat Shah Rukh Khan’ (Watch Video)

Irrfan Khan played the role of an inspector who is suspicious about Dev Patel's behaviour in the film. We wonder what it would have been like if Grover had done that role.

(The above story first appeared on LatestLY on Sep 21, 2021 08:10 AM IST. For more news and updates on politics, world, sports, entertainment and lifestyle, log on to our website latestly.com).