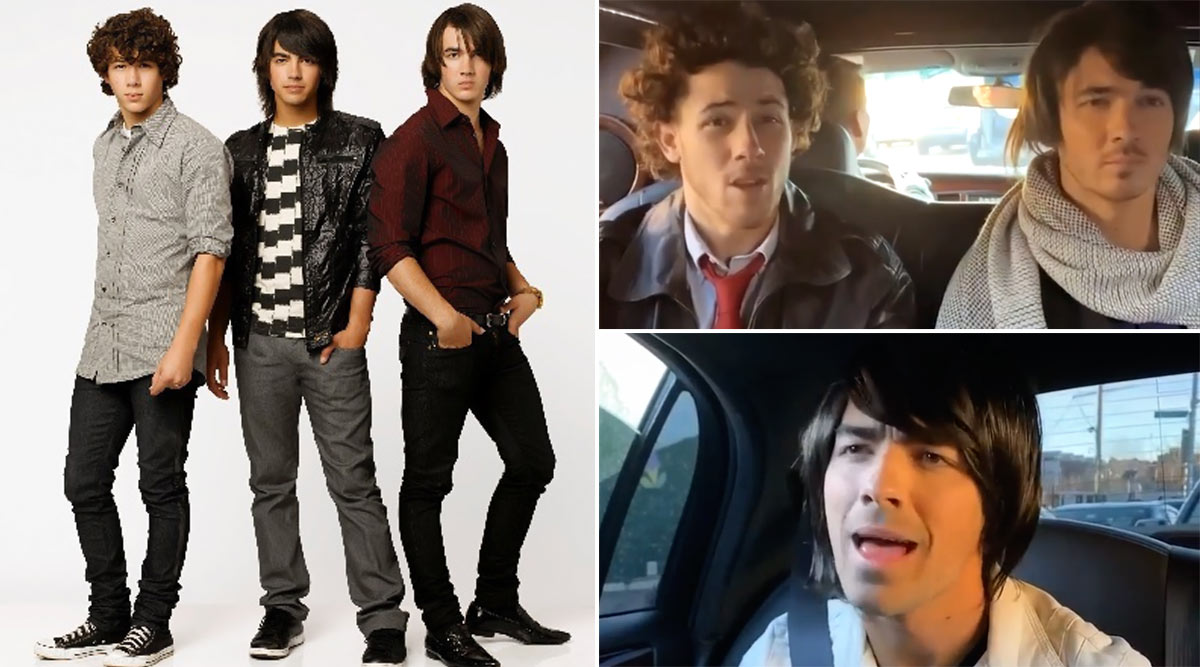 There's no doubt that the TikTok sensation has gripped everyone and particularly Nick Jonas without a doubt. The singer has been posting fun videos on the video-sharing service and the recent one also features his brothers Joe and Kevin Jonas. After Nick tried his hands at the hand emoji challenge in his last TikTok video, the new one is certain to send fans of the band in a tizzy considering they are here with a fun Camp Rock throwback. The trio are seen sporting wigs in the new fun video and netizens can't get over how the three seem to have hardly aged at all. Nick Jonas and Kevin Jonas' New TikTok Video Pulling Off the Hand Dance is Too Cool to Miss! (Watch Video).

Disney's Camp Rock was one of the most popular and successful films featuring the Jonas Brothers. Their new TikTok video is an ode to the film as the trio once again get into their characters. The band got their fans nostalgic with Joe Jonas' Shane Gray, Nick's Nate and Kevin's Jason's characters. In the video, the trio recreates a scene from their Disney Original film and it is sure to leave you in splits.

The trio are seen performing the scene where Nick and Kevin's characters convince Joe's that returning to the camp will be fun, while Joe quips, "I'm Shane Grey, for crying out loud!"Priyanka Chopra-Nick Jonas Kiss and Clink Champagne Glasses to Ring in New Year 2020 (Watch Video).

The band made a super-strong comeback recently with their 2018 single "Sucker" and have been busy touring ever since. Recently they also dropped a new song, "What a Man Gotta Do" featuring their wives Priyanka Chopra, Sophie Turner and Danielle Jonas. After seeing this new TikTok post, we can't help but wonder if their Camp Rock co-star Demi Lovato will be joining them soon. Well, if she does plan to do so, it would be amazing to see her perform a new version of "This Is Me".