The film is being produced by Spencer and Jackie director Pablo Larran alongside Juan de Dios Larran via their Fabula banner. Adrin Guerra and Nria Valls for Nostromo Pictures, plus Carlos Jurez, Gaztelu-Urrutia and Albert Soler also produce. 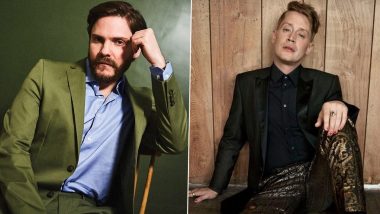 Actors Daniel Bruhl and Macaulay Culkin have joined the cast of Spanish director Galder Gaztelu-Urrutias pandemic themed thriller Rich Flu. They will be starring opposite Rosamund Pike, who had previously been announced as the lead, reports Variety. Cameras are now set to roll this fall on the high-concept social thriller in which a deadly disease starts killing off the richest people on the planet. At first it strikes the billionaires, then the multi-millionaires, and so on. Gone Girl Star Rosamund Pike to Lead Virus Thriller Rich Flu.

With the whole world panicking and headed for collapse, people are trying to flood the market with assets they no longer want, in hopes of saving their skin. Rich Flu will be the second feature for Galder Gaztelu-Urrutia, whose 2019 directorial debut The Platform was awarded best film, and best F/X at the Sitges' Intl. Fantastic Film Festival.

The Platform was first released theatrically in Spain in 2019 and subsequently dropped on Netflix globally in early 2020 and soon went on to become one of its most-watched original films during its first four weeks in release. Gaztelu-Urrutia is directing Rich Flu from a script he co-wrote with The Platform co-writer Pedro Rivero, and David Desola, and with revisions by Sam Steiner. Macaulay Culkin in 'Home Alone' Facemask Will Bring Back Your Childhood Memories But in a Creepy Way! Check Viral Pic.

(The above story first appeared on LatestLY on May 27, 2022 06:21 PM IST. For more news and updates on politics, world, sports, entertainment and lifestyle, log on to our website latestly.com).