Humari Bahu Silk Cast and Crew Haven't Been Paid 90% of Pending Dues, May Resort To Suicide, Says Report (Details Inside) 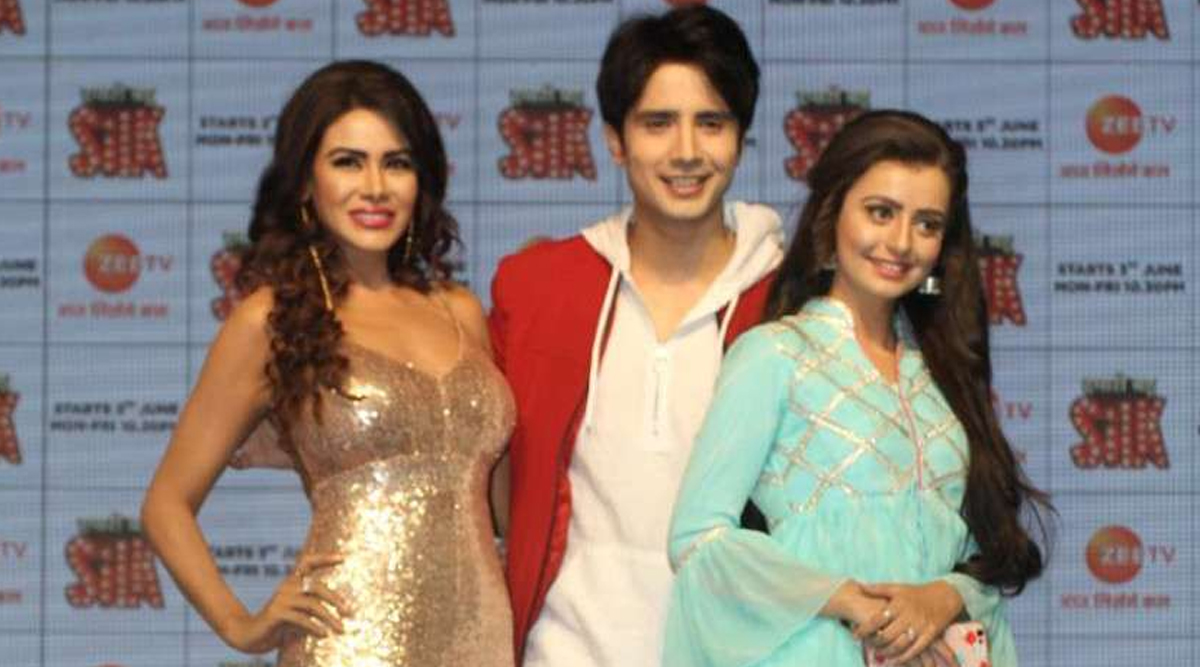 While it's frequent to hear about actors and the producers butting heads over creative issues, it's not often that actors cry foul over the producers for not paying them up. However, the actors of Zee TV's Humari Bahu Silk have been caught up in a war with the show's producers. If reports are to be believed, the Zee TV show cast members have not yet received almost 90% of their dues from the producers and have only been paid for 15 days of work. It can be recalled that Silver Ivory Production helmed by Jyoti Gupta took over the show's production from Klay Pictures (Devyani Rale and Sudhanshu Tripathi). The show starred actors like Zaan Khan, Chahat Pandey and Reeva Chaudhary in lead roles. Ishqbaaaz – Pyaar Ki Ek Dhinchak Kahaani: After Niti Taylor, Zaan Khan of Naamkarann Fame Roped In for Nakuul Mehta’s Show.

An actor on the condition of anonymity, told Tellychakkar, "We’ve been asking the producers to pay us since quite some time now. Jyoti Gupta says that the channel (Zee TV) hasn’t paid him. When we contacted the channel, they clarified that the producers have not submitted the documentation of actors and crew that is required for the legal contract and the channel does the payment only against those documents. The channel understands our plea but their contract is with the producer and not with the actors and hence, they are the third party and can’t do much to help us out."

When actress Kirti Chaudhry was quizzed about the situation, she revealed to the portal, "It has been a year now and we have not been paid. Payment is done only for the month of May 2019. Sometimes I regret doing the show. Had I done some other project except this, I would have been paid for my hard work. All the actors were extremely dedicated and passionate about the show and hence did not take up event appearances or other projects as we were loyal to the show and what are we getting in return? Only sufferings." Late Actor Manmeet Grewal's Wife Confirms He Was In Depression Over Non-Payment of Dues and Loans (Details Inside)

Opening up on the voes that she has been facing because she hasn't been paid, Kirti revealed "I had to abandon my house in Mumbai and come back to my hometown as I can’t afford the rent and daily expenses. The producers are not even empathetic about the sufferings. Even my parents tried calling the producers several times but they didn’t respond. I feel extremely sad for the make-up artists, Hair department and other technicians who are from the lower middle class."

She continued, "A few of them landed at Silver Ivory Production’s office and narrated how their kids have been thrown out of the schools for not paying fees. That also didn’t work as the producer claims that the channel hasn’t paid him. After a lot of prodding, the actors got a deal to bare 60% pay cut and take the remaining 40%. Can you imagine the amount being deducted? Why should we lose our hard-earned money?"

Another actor who did not wish to be named, said, “We have invested a lot in the show financially. An actor needs to look good and hence, takes up a gym membership, skincare guidance, dieticians etc. You can also count the commuting expense. All and all we have put in a lot of hard work and have spent money from our pockets and now, it seems like all of it wasn’t worth it."

Actor Zaan Khan also took to his instagram and in a lengthy note, lashed out at the producers. Check out his post below:

I request to all my actor friends & especially my fans PLEASE SPREAD THE WORD 🙏🏻 I am really sorry to be sharing this, i am someone who doesnt like to talk about negativity, but i just HAD to. This is for me, for my co actor's, my fellow technician's, my cameraman, my unit and my make up dada. I have worked with multiple productions in my career like Balaji telefilms , sphereorigin , fourlions , Fireworks , and many more and never have i had to deal with non payment for the entire show. This is what the harsh reality of our industry is. PRODUCERS - @devyanirale ) , @guptajyoti12 , Sudhashu Tripathi wake up and pay all the technicians actors . BOHOT HO GAYA AB ! stop being so inhuman 😞☹️ @zeetv @zee5 @zeetvme Please share this as much as you guys can 🙏🏻🙏🏻 @tellychakkar 🙏🏻❤️ #wedeservetobepaidtoo #hamaribahusilk #zeetv #zeetvindia

"While the world is in lockdown and needs money to survive, the cast and crew of Zee TV’s Hamari Bahu Silk are almost begging and pleading to the biggies for their payments to be done. They are only asking for their own money, that the producer owes them, can you understand the frustration level? You have given your all to a show and for the service, you are not even paid, especially in this lockdown situation. A few character artists along with make-up personals have given up on the situation. They have been crying. It won’t be surprised if they resort to suicide as they are in a situation wherein ending their lives must seem easier than surviving and begging for their own money. Trust me, the situation is gross," said a source close to the cast and crew of Humari Bahuh Silk.