Back in 2015, there were reports of how during a shoot for Splitsvilla 8, Paras Chhabra had touched Sunny Leone and also how his irritating jokes and humour rubbed Sunny the wrong way. Paras has now called it a PR stunt. 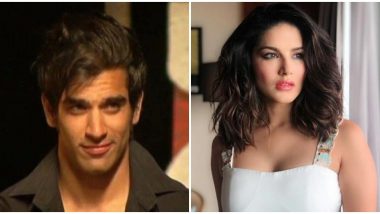 Back during Paras Chhabra's Bigg Boss 13 stint, when fandoms of every contestant would go all out to degrade the other and hail their favourite as the hero, a dirty Paras Chhabra scandal had made it to the news. A twitter user had posted about how Paras Chhabra was accused of harassing and touching Sunny Leone when he went back to participate once again in Splitsvilla 8, after winning season 5 of MTV's dating reality show. This news is of the year 2015. Bigg Boss 13: Did You Know That Sunny Leone Had Accused Paras Chhabra of Harassing Her in 2015?.

So Paras was indeed accused of getting too close to Sunny's comfort during the shoot of Splitsvilla 8. Back in 2015, a report in a leading newspaper reported that Paras had been trying to impress Sunny with his silly jokes. And after Sunny ignored him for a while, but apparently when Paras went ahead and touched Sunny, she drew a line, she took the matter to the production house, requesting them not to call Paras for the show launch.  During the incident, Paras had not shown up for the launch but had argued that the reason was very different - he was operated for pilonidal sinus and was on bed rest. Bigg Boss 13: Sidharth Shukla Was in a Rehab For a Year, Claims Paras Chhabra After Their Heated Argument.

And after all this while, Paras has cleared the air around the incident. A report in Tellychakkar read that when Paras was questioned about the alleged incident, he revealed that the whole shebang was a promotional gimmick of the channel.   The report read, 'Paras has come forward and given a befitting reply to this controversy where he said that this was a part of the promotional campaign for the show in 2015 and he doesn’t see a reason why it has to be used in 2020 as it is a piece of 5-year-old stale news. It was a PR strategy by the Splitsvilla team to promote the episode hence it had been framed in that manner.'

The report also read Paras as saying that he would never behave in such a manner with any woman. He also went on to add that back then, he was not that aware of how the PR industry worked, or else he would have never given his nod for this PR stunt.

(The above story first appeared on LatestLY on May 08, 2020 12:06 PM IST. For more news and updates on politics, world, sports, entertainment and lifestyle, log on to our website latestly.com).