BB13 contestants Devoleena Bhattacharjee and Mahira Sharma both have already lodged complaints with the Cyber Crime Cell against Shehnaaz Gill's fandoms for death threats and the incessant trolling that they were subjected to. Paras Chhabra too was also going to lodge a complaint but he backed out. 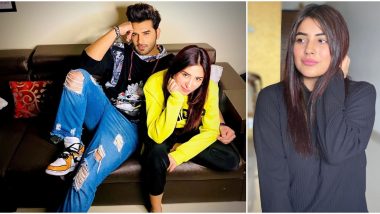 Bigg Boss 13 in itself was a zara hatke season for the Salman Khan hosted reality show, thanks to the craze that came with the season's contestants. Another added advantage that this season had was the humungous fan base that each and every contestant of the show amassed for themselves. However, the bigger the fandoms, even bigger the fights that take place on social media. In fact, actresses and BB13 contestants Devoleena Bhattacharjee and Mahira Sharma both have already lodged complaints again Shehnaaz Gill's fandoms for death threats and the incessant trolling that they were subjected to. Mahira Sharma To Approach The Cyber Crime Cell Over Shehnaaz Gill's Fans Trolling Her, Says 'No Contestant’s Fans Have Done That So Far'.

In fact, Paras Chhabra was also going to approach the cybercrime cell to lodge a complaint but he backed out realising that the cops were busy not only on the frontline but also dealing with getting affected from COVID-19 themselves. Bigg Boss 13: Paras Chhabra and Mahira Sharma’s Betrayal Hurt Me, Says Devoleena Bhattacharjee (Read Tweet).

Reveals Paras, "What do I say about Shehnaaz’s fans? If I say something, even that will become news. The issue is that our fans keep fighting among themselves, while we have no role to play in it. Hamara koi lena dena hi nahi hai." Paras Chhabra FINALLY Opens Up on Allegations That He Harassed Sunny Leone During Splitsvilla 8 (Deets Inside).

Also clarifying that these fandom wars have no base whatsoever considering he does not hold any grudges with Gill in today's time, Paras went on to say, "Shehnaaz and I didn’t have any problem as such during Bigg Boss. She used to like me before she moved on to Sidharth Shukla. Achha hai, aap Shukla ke saath hi rahiye. However, what really upset me was when she questioned the virginity of the girls who participated in Mujhse Shaadi Karoge. That wasn’t in good taste." Paras Chhabra Reveals 'Mahira and I Like Each Other A Lot, But Abhi Relationship Tak Nahi Pahunche Hai'.

He continued, "There has been no communication between us since, but there is no grudge either. It’s just that some fans cross the line, which is upsetting. Recently, there were some reports of Shehnaaz’s father being accused of rape. Many fans claimed that Mahira and I were circulating the news to defame Shehnaaz. It’s funny and annoying at the same time. How can they make such baseless allegations?" Shehnaaz Gill's Father Santokh Singh Sukh Rubbishes Rape Claims, Says Lady Is Using Him To Gain Fame and Money (Watch Video)

"I had actually thought of filing a complaint at the Crime Branch, but couldn’t as I learnt that a few cops there had tested positive for COVID-19," concluded Paras revealing this was why he backed off. That was big of Paras to do. The actor also recently confirmed that Mahira was offered to take part in Mujhse Shaadi Karoge as one of his suitors but her deal fell through.

(The above story first appeared on LatestLY on Jun 04, 2020 01:40 PM IST. For more news and updates on politics, world, sports, entertainment and lifestyle, log on to our website latestly.com).