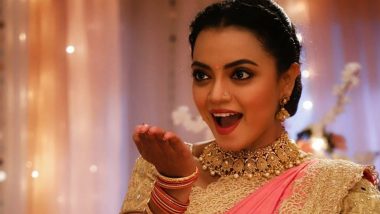 TV star Sheetal Maulik says she likes playing a negative character on television, because such characters help move the story ahead. "As an actor, this is the first time I am portraying a negative character and I am enjoying it because it throws different challenges at me. The writers have shaped the character and given so much of depth to it, that I really love playing Kalyani on screen," she said about her role in "Pyar Ki Luka Chuppi". Kamya Punjabi Birthday: Traditional and Trendy, All the Times When the TV Actress’ Desi Fashion Made Us Go ‘Wow’ (View Pics)

Sheetal feels that if you need the story to move ahead, you need a negative character in a show. "Without having one, a story would be incomplete. Everybody wants some ‘masala' or a tinge of salt in daily soaps, so I think I am just providing that. Personally, I do feel bad about portraying a negative role but it is so much fun," she said. Bigg Boss 14: Chahat Pandey, Hamari Bahu Silk Actress, Refuses To Participate In Salman Khan’s Reality TV Show

"The character I play is sweet on face but plans evil things behind the back. So in that way I get to play a dual shade. As an actor, it gives you growth and also tests how far you can go and I think that is the best thing," she added. "Pyar Ki Luka Chuppi" airs on Dangal channel.

(The above story first appeared on LatestLY on Aug 14, 2020 12:27 PM IST. For more news and updates on politics, world, sports, entertainment and lifestyle, log on to our website latestly.com).