Cases of Mucormycosis, a rare and serious fungal infection, are on the rise in Gujarat. Mucormycosis is also known as a black fungus. Patients recovering from COVID-19 are getting infected with Mucormycosis, due to which they have to be admitted into ICUs and surgical wards for treatment. 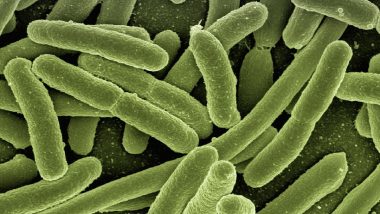 Surat, May 7: Cases of Mucormycosis, a rare and serious fungal infection, are on the rise in Gujarat. Mucormycosis is also known as a black fungus. Patients recovering from COVID-19 are getting infected with Mucormycosis, due to which they have to be admitted into ICUs and surgical wards for treatment. People with uncontrolled diabetes and having a large quantity of steroids in their bodies are the worst affected due to the black fungus.

Facial pain, headache, nasal or sinus congestion, pain in eyes and loss of vision are symptoms of Mucormycosis. According to a report published in The Times of India, the cases of Mucormycosis are on the rising alarmingly are spending 14-16 hours a day operating an average 5-6 patients daily in the state. The disease, shortage of amphotericin B, a drug used to treat MM.

"A tsunami of mucormycosis is happening, which threatens to kill patients who were saved from COVID. Rampant use of steroids during corona pandemic needs to be rationalized," reported the media house quoting Senior ENT surgeon Dr Navin Patel as saying. Mucormycosis Kills 9 in Ahmedabad, Reports Suggest Could be Linked to COVID-19; Know All About The Serious Fungal Infection With Mortality Rate of 50%.

At present, 11 patients affected by the black fungus are reportedly undergoing treatment at Sterling Hospital in Surat. Dr Atul Patel told the media house that one 34-year-old man lost his eye after the fungus invaded his eye. During Diwali, a study was conducted on 270 MM patients. In the study, it was found that diabetes and steroid use was the biggest risk factors. Notably, New Civil Hospital (NCH) in Surat is adding infrastructure to handle patients affected by black fungus. Around 150 MM surgeries were performed in Surat last month.

On Friday, Delhi's Sir Ganga Ram Hospital (SGRH) reported mucormycosis in six patients in the last two days. Last year, nearly a dozen cases of mucormycosis fungal infection had been reported at the Hospital. Half of the patients even lost eyesight due to the infection.

Mucormycosis is a fungal infection with a mortality rate of a whopping 50 percent. Previously called zygomycosis, the black fungal infection is caused by a group of moulds called micromycetes. These moulds live throughout the environment. The infection usually starts from the nose and spreads to the eyes. If not treated on time, it can cause death. It is important to maintain hygiene to prevent the disease.

(The above story first appeared on LatestLY on May 07, 2021 05:48 PM IST. For more news and updates on politics, world, sports, entertainment and lifestyle, log on to our website latestly.com).