Gandhi Jayanti also holds importance globally as the day is celebrated as the International Day of Non-Violence because Gandhiji was the preacher of non-violence. Bapu has always been revered and known as a symbol of peace and truth across the globe. 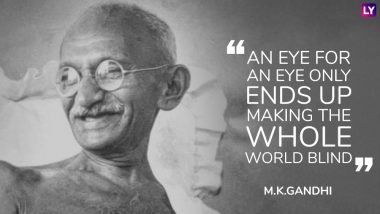 Mahatma Gandhi Quotes on Non-Violence for Gandhi Jayanti 2020: Gandhi Jayanti is a national observance in India which celebrates the birth anniversary of Mohandas Karamchand Gandhi. Gandhiji, popularly known as the ‘Father of the Nation’ or Bapu, was born October 2, 1869. And everyone is making sure to remember the great soul on his 151st birth anniversary by stating his memorable quote, be it by posting it as Facebook status or sending it to family and friends on WhatsApp. We bring you a collection of Mahatma Gandhi quotes on non-violence as Gandhi Jayanti also holds importance globally as the day is celebrated as the International Day of Non-Violence because Gandhiji was the preacher of ahimsa. Bapu has always been revered, and known as a symbol of peace and truth across the globe. The UN General Assembly announced on 15 June 2007 that it adopted a resolution which declared that 2 October will be celebrated as the International Day of Non-Violence.

Gandhi Jayanti is an annual observance which is treated as a national holiday across all the states and Union Territories in India. And as a mark of respect, all the organisations throughout India will remain shut and special is organized at Raj Ghat in the national capital where Gandhiji was cremated. People offer prayers, pay homage and sing Gandhiji's favourite song "Raghupati Raghav Raja Ram, Patit Pavan Sita Ram..." to mark this special day. Mahatma Gandhi was born on October 2, 1869, in Porbandar in Gujarat. He studied law in the UK and practised law in South Africa.

On this special day, here are some memorable saying of Mahatma Gandhi: 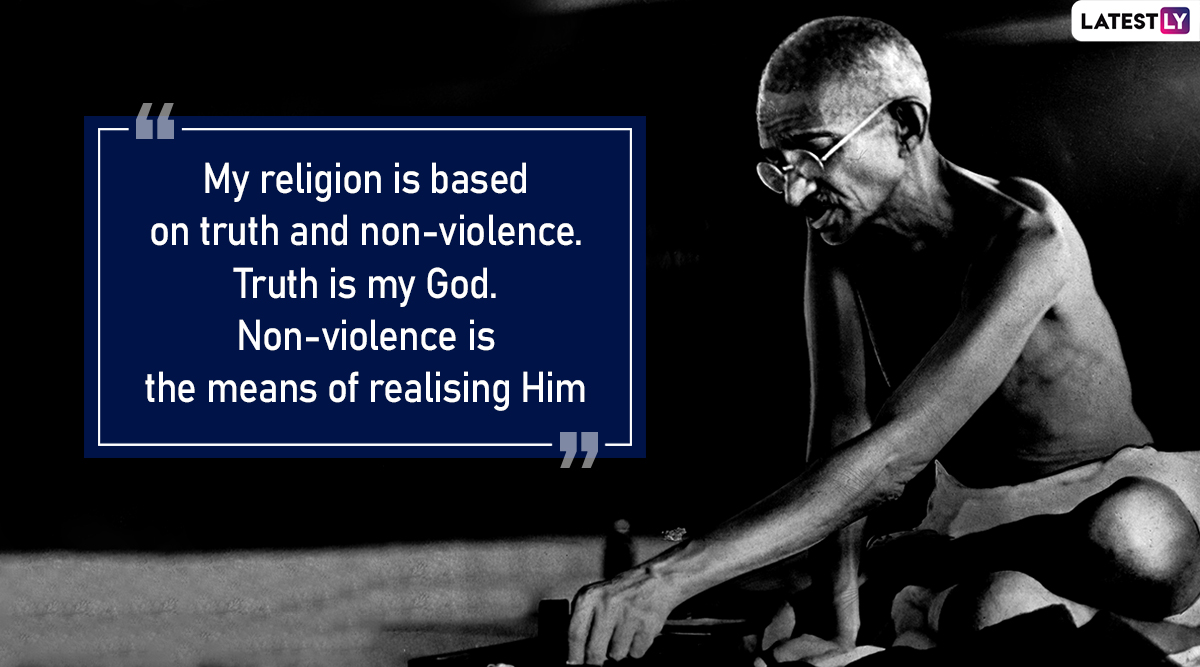 Mahatma Gandhi Quote Reads: My religion is based on truth and non-violence. Truth is my God. Non-violence is the means of realising Him. 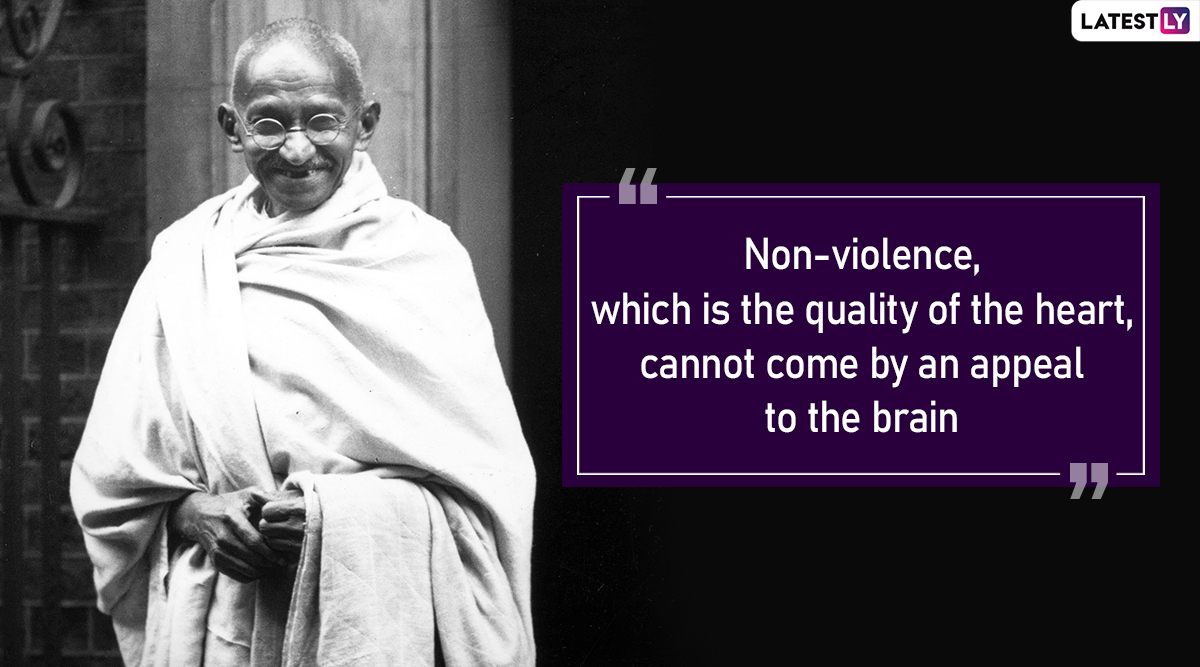 Mahatma Gandhi Quote Reads: Non-violence, which is the quality of the heart, cannot come by an appeal to the brain. 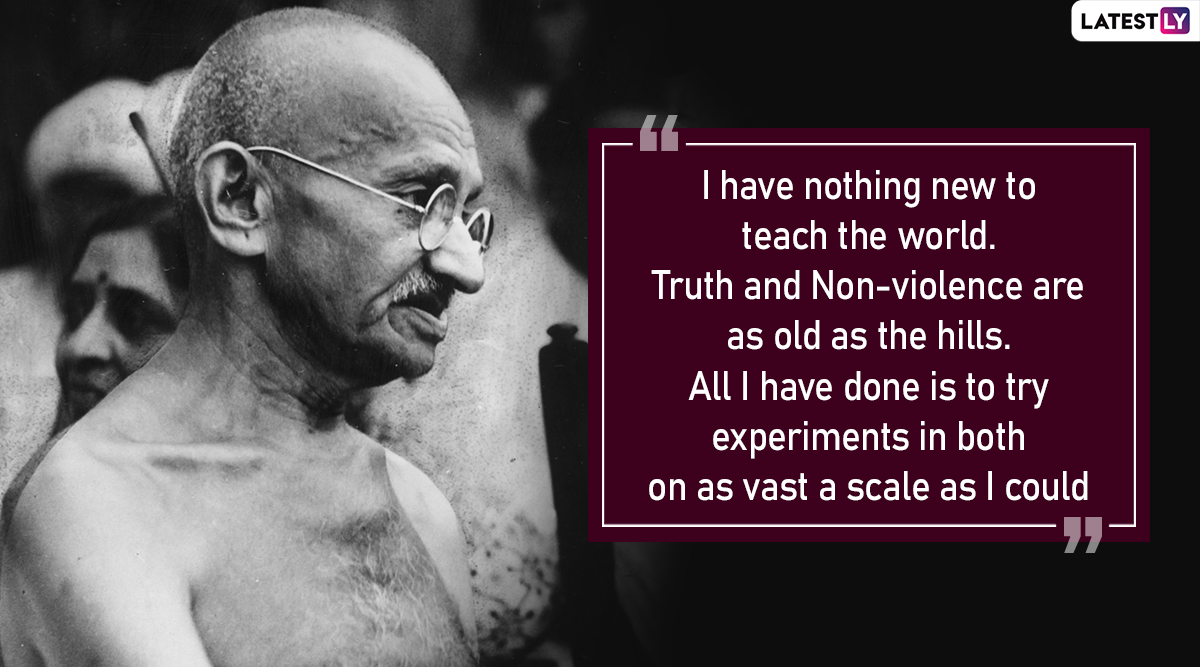 Mahatma Gandhi Quote Reads: I have nothing new to teach the world. Truth and Non-violence are as old as the hills. All I have done is to try experiments in both on as vast a scale as I could. 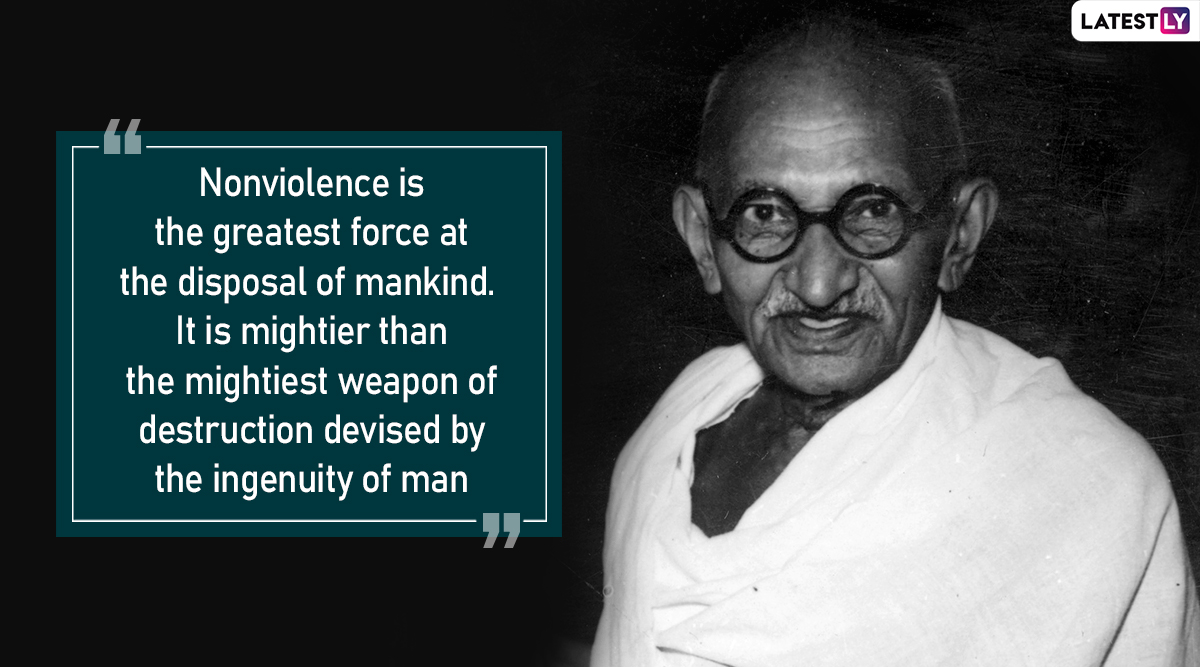 Mahatma Gandhi Quote Reads: Non-violence is the greatest force at the disposal of mankind. It is mightier than the mightiest weapon of destruction devised by the ingenuity of man. 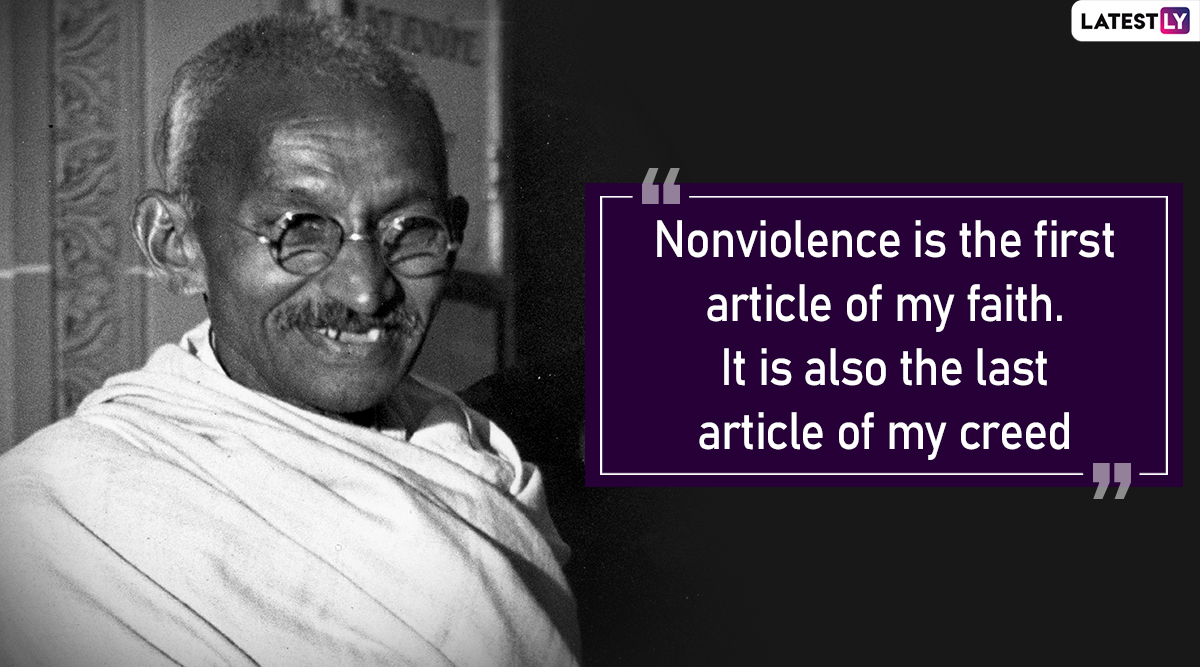 In his autobiography named "My Experiments With Truth" Gandhiji described his childhood and teenage years, his marriage with Kasturba at the age of 13 and dedication for his motherland.  Gandhiji was a pioneer of truth and non-violence in India and across the world.

Gandhiji, the father of the nation had started the 'Satyagraha' (non-violence) movement for the Indian freedom struggle and played a significant role in achieving independence for the nation from British rule. Mahatma Gandhi has set an example of simple living and high thinking and proved to the world that freedom can be achieved through the path of total non-violence.

(The above story first appeared on LatestLY on Oct 01, 2020 11:26 PM IST. For more news and updates on politics, world, sports, entertainment and lifestyle, log on to our website latestly.com).