Given the menace of pollution people experience in their daily lives, the observance of National Pollution Control Day 2019 comes as a timely reminder for all of us. Know why December 2 is designated as National Pollution Prevention Day, its history and significance highlighting the urgent need of the hour. 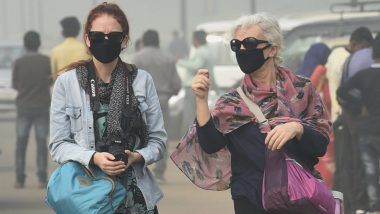 During the fateful incident on December 2-3 in 1984, over 3,000 people reportedly died the next morning. The death figures jumped to over 8,000 in two weeks. However, official statistics contradict other reports and mention that a lesser number of people died in the disaster.

The deaths occurred due to the leakage of poisonous gas, i.e. Methyl Isocyanate (MIC), during the wee hours of December 3, after initial leakages were reported on December 2 night. The Bhopal Gas Disaster is considered to be the world’s worst industrial disaster of all times.

What is the significance of National Pollution Control Day?

National Pollution Prevention Day is observed on 2nd December in India. This day is observed in the memory of people who lost their lives in Bhopal gas calamity. Bhopal gas tragedy occurred in the year 1984 on the night of 2–3 December. Many people died due to poisonous gas Methyl Isocyanate, also known as MIC. Bhopal Gas Tragedy is considered as one of the most significant industrial pollution disasters.

As per the Indian government notification, the objectives of National Pollution Control Day are:

The National Pollution Control Day is observed in India, but the crisis of pollution is spread globally. Rising pollution levels have brought the topic of the environment back to the forefront of all global issues plaguing the world. It is not only about air pollution, but also water, soil, noise, and other different types of pollution that harm the environment.

People are encouraged to plant trees, several ministers undertake tree-planting drives, and other activities are organised to promote clean and green initiatives. Essay writing, debates, quiz, among other competitions take place in schools and colleges. One of the many ways to celebrate the National Pollution Control Day is to do your bit in promoting a clean and green environment.

(The above story first appeared on LatestLY on Dec 02, 2019 10:23 AM IST. For more news and updates on politics, world, sports, entertainment and lifestyle, log on to our website latestly.com).