After many debates and a few modifications, the 308 members of the Assembly signed two hand-written copies of the document (one each in Hindi and English). 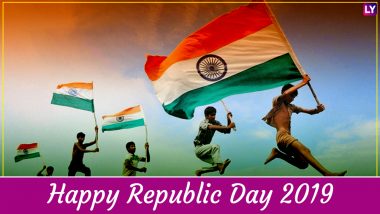 India will today celebrate 70th Republic Day will large scale celebrations and events. The day observes when the Constitution of India came into effect on 1950. Parades, speeches and performances will be held at different public events that will be hosted across the nation. Republic Day celebrates the replacing of the Government of India Act (1935) as the governing document of India, thus recording the country’s transition towards becoming an independent republic. As we celebrate the day, we have compiled popular English quotes by our national heroes that can be used in your 2019 Republic Day patriotic speeches. Republic Day 2019 Speeches in English: Patriotic Addresses for Students to Present in School; Celebrate 26th January.

After India gained its independence on August 15, 1947, we did not have a permanent constitution; instead, the laws were based on the modified colonial Government of India Act 1935. It was on August 28, 1947; the Drafting Committee was appointed to draft a permanent constitution with Dr B.R. Ambedkar as chairman. Eventually, a draft constitution was prepared by the committee and submitted to the Constituent Assembly on November 4, 1947. After many debates and a few modifications, the 308 members of the Assembly signed two hand-written copies of the document (one each in Hindi and English). Two days later on January 26, the constitution came into effect throughout the whole nation. Republic Day 2019: Try These Indian Nail Art Designs This 26th January That Are Beyond Creative. 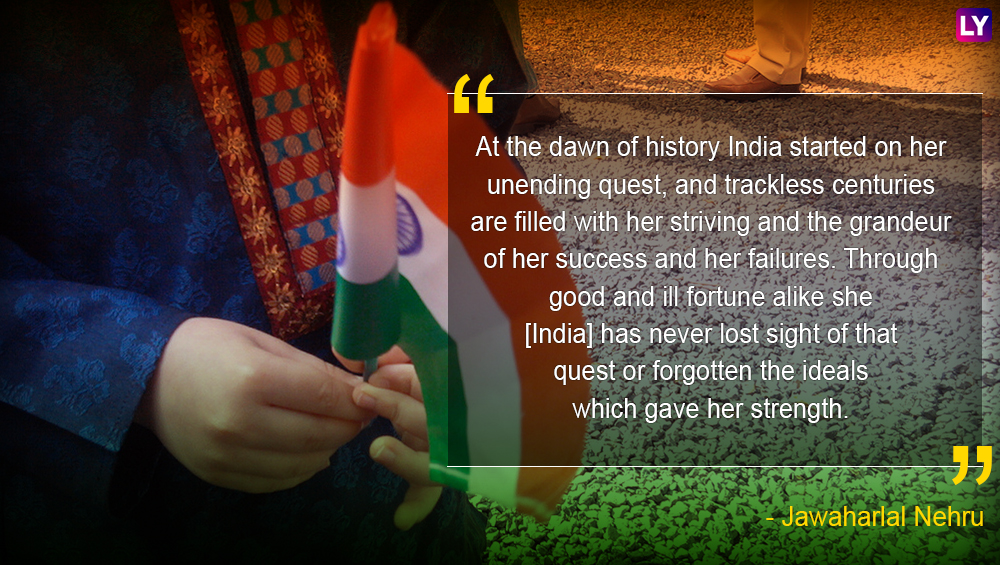 “At the dawn of history India started on her unending quest, and trackless centuries are filled with her striving and the grandeur of her success and her failures. Through good and ill fortune alike she [India] has never lost sight of that quest or forgotten the ideals which gave her strength.” Jawaharlal Nehru 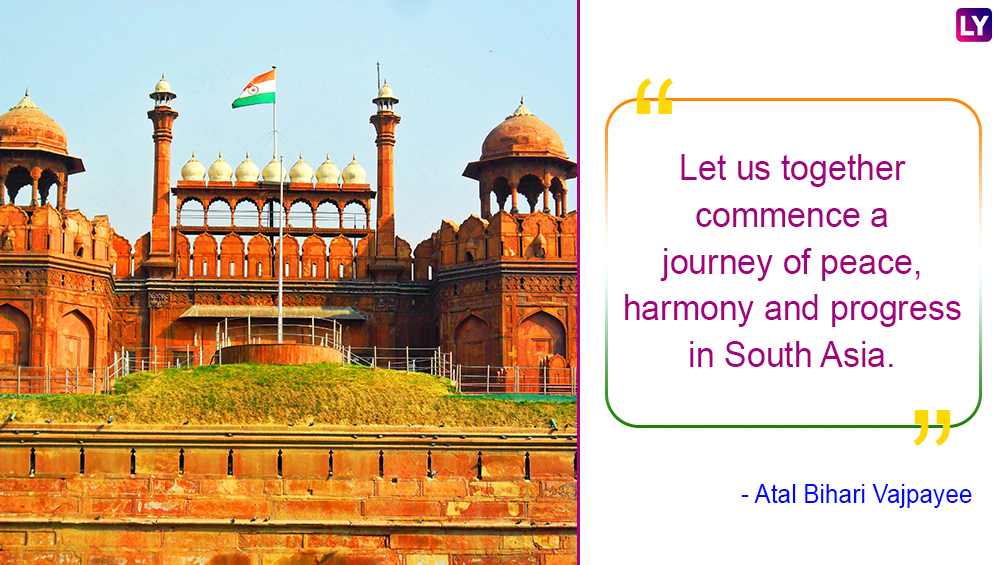 “Let us together commence a journey of peace, harmony and progress in South Asia.” Atal Bihari Vajpayee 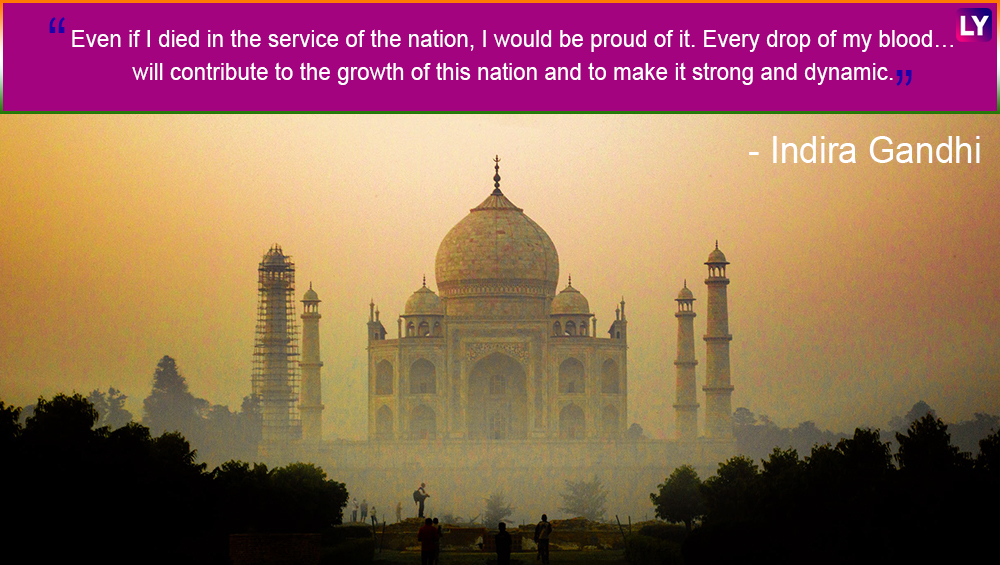 “Even if I died in the service of the nation, I would be proud of it. Every drop of my blood… will contribute to the growth of this nation and to make it strong and dynamic.” Indira Gandhi 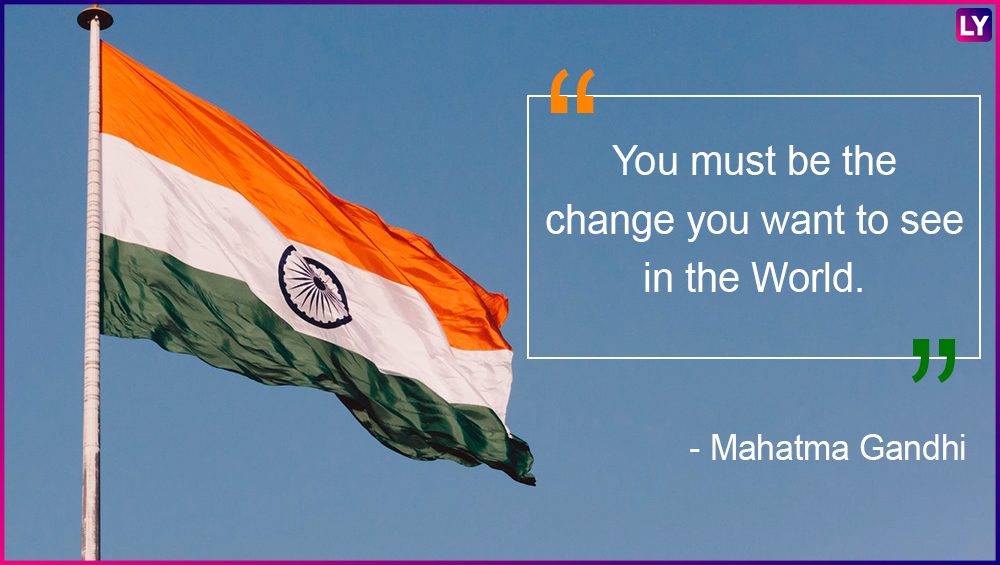 “You must be the change you want to see in the World.” Mahatma Gandhi 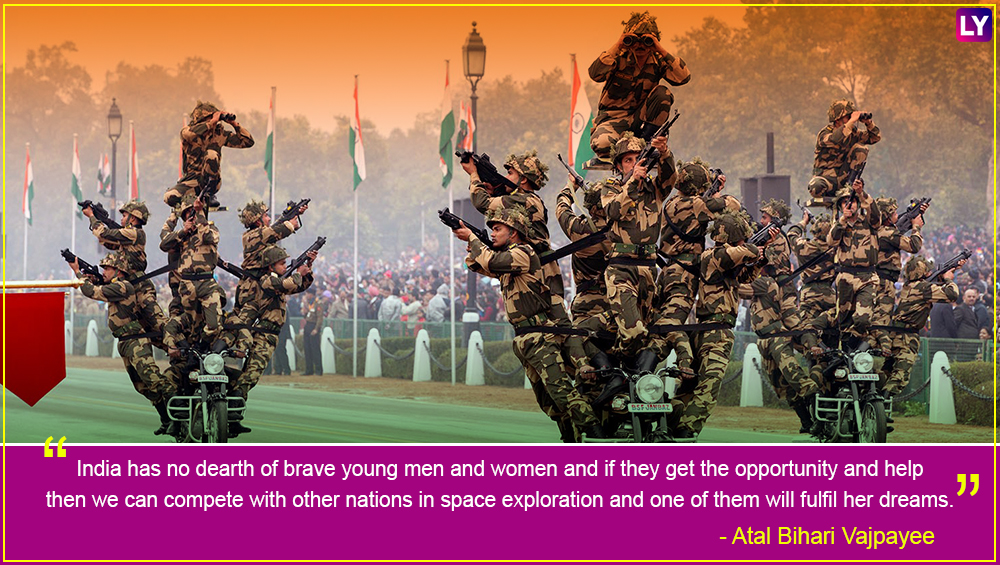 “India has no dearth of brave young men and women and if they get the opportunity and help then we can compete with other nations in space exploration and one of them will fulfil her dreams.” Atal Bihari Vajpayee 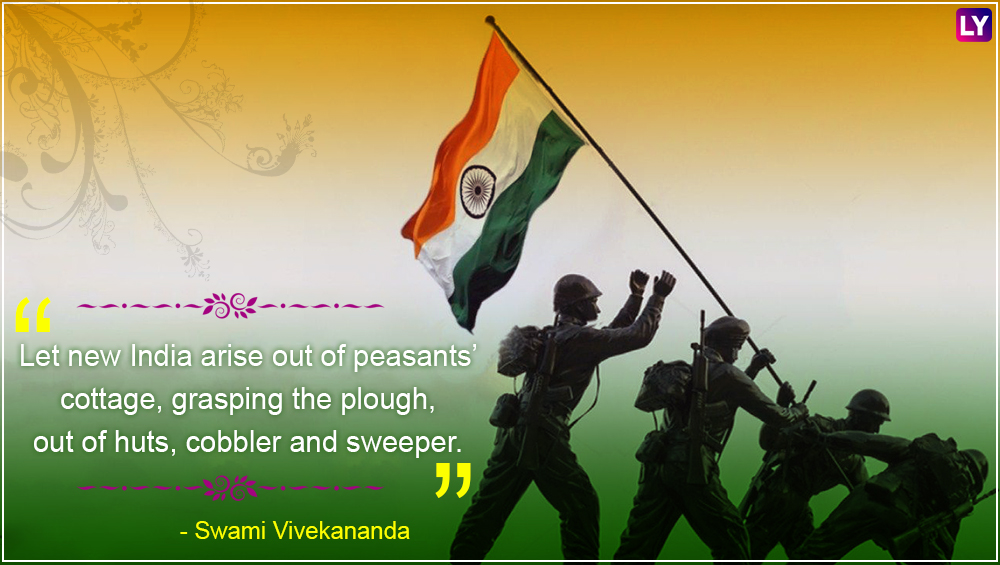 “Let new India arise out of peasants’ cottage, grasping the plough, out of huts, cobbler and sweeper.” Swami Vivekananda 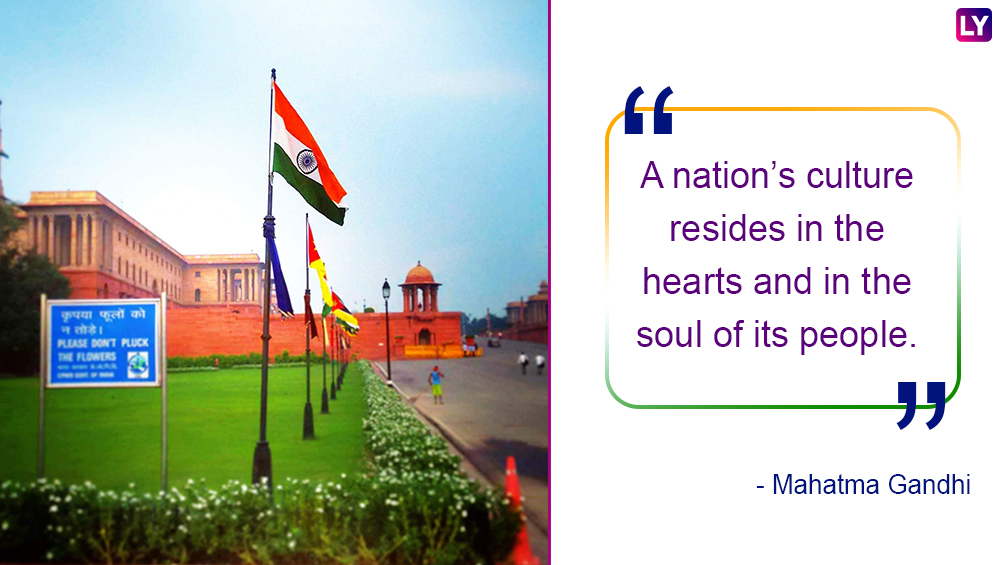 “A nation’s culture resides in the hearts and in the soul of its people.” Mahatma Gandhi

The above quotes will take you back to the time and the struggles that our forefathers have gone through to free the nation from the foreign lands and have our own rule and laws. Like every year, January 26 will be celebrated with grand affairs. The Republic Day Parade that takes place at the Rajpath in the national capital New Delhi is the most famous affair, making it the highlight of the day. The air is filled with the spirit of patriotism; from younger to the senior generations; everyone gathers together to unfurl the tricolour flag. Happy Republic Day!

(The above story first appeared on LatestLY on Jan 26, 2019 08:46 AM IST. For more news and updates on politics, world, sports, entertainment and lifestyle, log on to our website latestly.com).