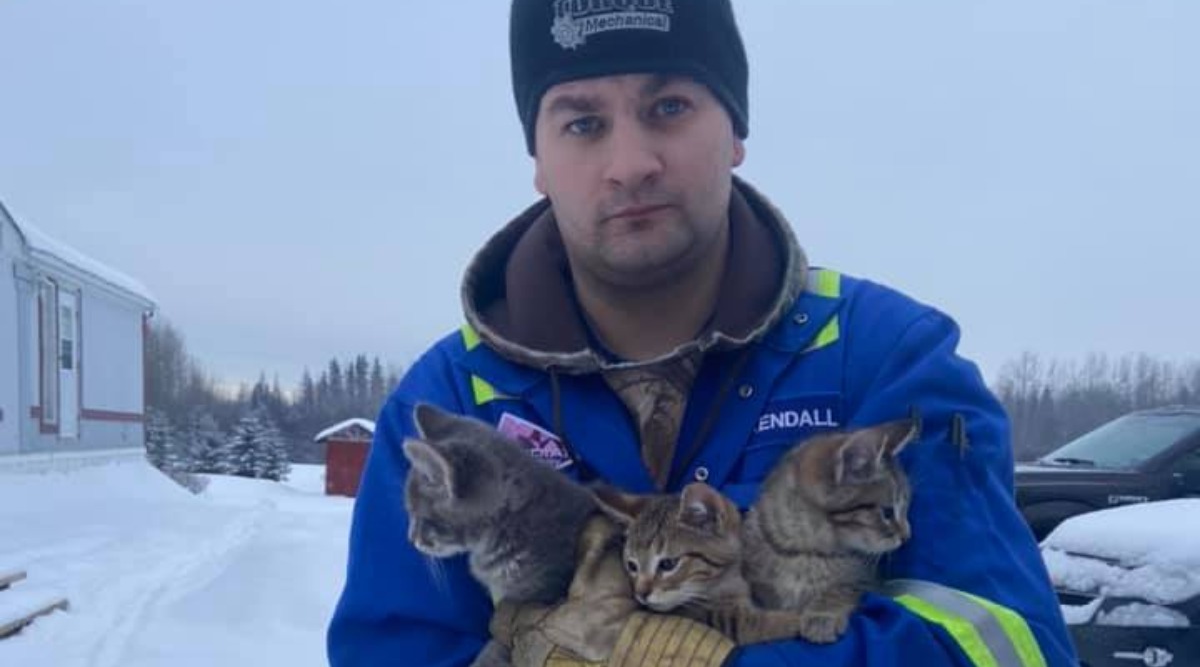 Three cats who were left alone in freezing cold were rescued by a man. Kendal Diwish couldn't believe his eyes when he saw kittens left alone to freeze in the minus temperatures in Alberta, Canada. He noticed that one of the kittens was whining in pain and on a closer look he found out that its tail was stuck in the snow. Kendal who is an oil worker acted quickly that saved the life of the animals. He poured some hot coffee over the ice which helped in quickly melting the frost. The man then broke the ice and carefully took its tail out of it. Hero Cat Saves Her Florida-Based Family From Carbon Monoxide Poisoning!

Kendal posted pictures of the kitten on Facebook and describe how they were found in unhealthy conditions. The comment section of the Facebook post is filled with praises for Kendal's kind act. Social media users said that how they wished more such people in the world. Pet Cats Save Italian Couple From Landslide.

The video shows Kendal approaching the kittens on hearing them meowing. He quickly races back to his car, gets some hot coffee and pours over it. He then detaches the tails of the cat and picks it up. He can be heard saying how cruel it is to leave the kitten out in such weather. In a short while, Kendal updated the Facebook post saying that all three have been adopted. He wrote that they have not been separated and will be together. He also informed that all three are healthy and eating well.