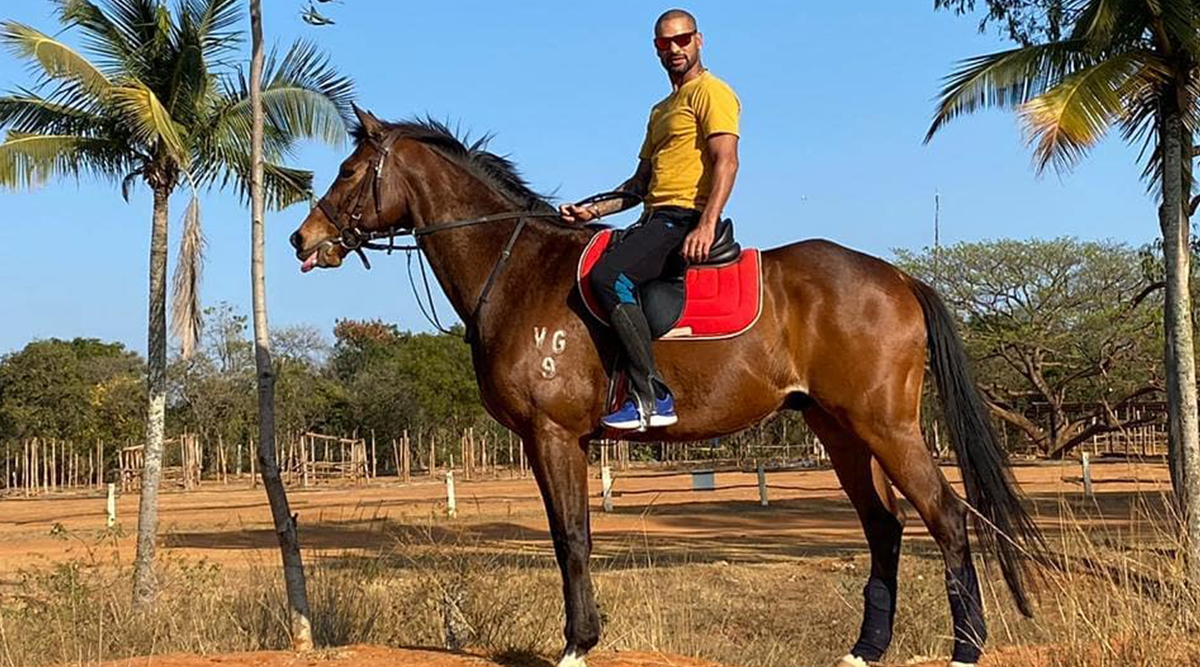 It seems like Indian opener Shikhar Dhawan has finally recovered from his shoulder injury and is ready to take the field again. The batsman shared the news of his getting ‘back’ through a post on Instagram and that too in his own vintage style. “Kitne bowler they (How many bowlers were there)? #Gabbar is back,” wrote Dhawan while sharing a picture of him riding a horse. Well, Shikhar Dhawan’s personality is certainly as flamboyant and classy as his batting and to inspect the fact, one can visit the batsman’s Instagram account. Most of his posts are nothing but hilarious. However, his latest picture on the picture-sharing website showcases his class and swag. Shikhar Dhawan’s Dancing Workout Video Is the Perfect Motivation to Join Gym (View Post).

The swashbuckling batsman is fondly called Gabbar by his teammates and fans and there’s no doubt whatsoever that Dhawan’s caption is inspired by Gabbar’s dialogue in the film Sholay which was "Kitne Aadmi The (How many bowlers were there?)". Well, the cricketer might be recovering from an injury. However, it doesn’t restrict him from enjoying a gala time off-field. Moreover, he is certainly in a great space at the moment which is not a good sign for the opposition bowlers. Meanwhile, let’s look at the post.

Kitne bowler they? #Gabbar is back 😎👊🏼

The 34-year old sustained the shoulder injury while fielding during the 3rd and last India vs Australia ODI at Bangalore. In order to stop a ball going past him, the batsman dived full length and injured his shoulder in the process. Well, it will be interesting to see whether the batsman can fully recover for the three-match ODI series against South Africa or not.