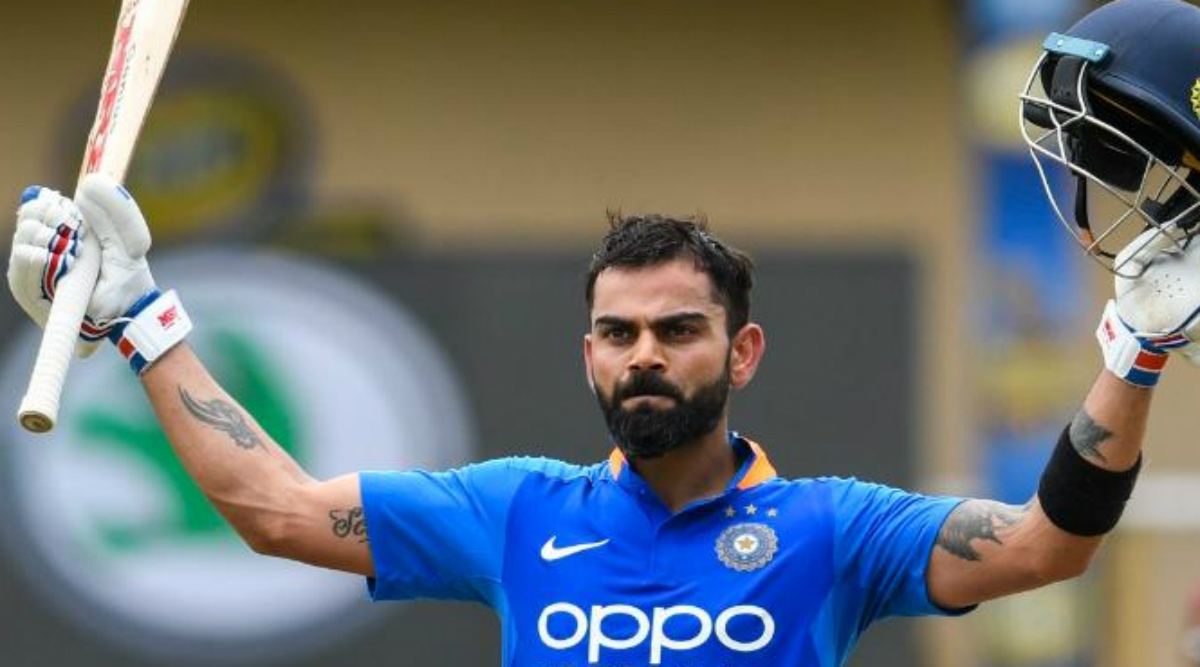 Hyderabad, December 6: Indian captain Virat Kohli on Friday bettered his personal best in the shortest format of the game to lead his team to a memorable six-wicket win over the West Indies in the first T20I at the Rajiv Gandhi International Stadium here. After the West Indies posted an imposing 207/5, Kohli's unbeaten 94 off 50 balls (4x6, 6x6) helped India get to 209 with eight balls and six wickets to spare. Sheldon Cottrell's early spell helped put pressure on the Indians which resulted in Rohit Sharma (8) holing out to Shimron Hetmyer at deep midwicket off Khary Pierre.

But K.L. Rahul was on song at the other end, hitting three fours in the second over. Kohli and Rahul (62 off 40 balls, 4x5, 6x4) ensured that India didn't lose another wicket although the former struggled to make things happen in the initial part of his innings. After the first 10 overs, however, Kohli started connecting and seemed to have reverted to his older, flamboyant self and it was more than just his bat that was doing the talking. India vs West Indies 1st T20I 2019: Twitterati Applaud Virat Kohli for His Unbeaten 94, Rishabh Pant Gets Trolled Once Again.

He stared back at the bowlers whenever they did the same to him and even asked Pierre to go back to the start of his bowling run-up besides mimicking Kesrick Williams' trademark notebook celebration after hitting a six off him. His partnership with Rahul produced 100 runs for the second wicket and his stand with Rishabh Pant for the third wicket produced 48 runs, most of which was scored by the India captain.

Pant fell to Cottrell in the 17th over and was replaced by Shreyas Iyer. The 18th over, bowled by Pollard himself, proved to be a pivotal one. Kohli managed to hit a six but his opposite number dismissed Iyer with a brilliant catch off the last ball of the over. In the 19th over bowled by Williams, Kohli hogged the strike and hit two sixes, the second of which was the one that took India over the line.

Earlier, Shimron Hetmyer's 56 off 41 balls led the way for West Indies while Evin Lewis got 40 off 17 while captain Kieron Pollard and Jason Holder too used the long handle to good effect to help the visitors post an imposing total. India now lead the three-match series 1-0. The second match will be played in Thiruvananthapuram on December 8.