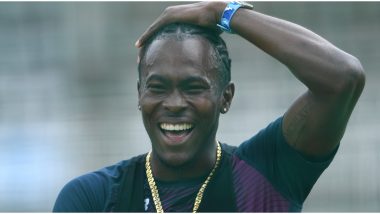 London, May 29: The England and Wales Cricket Board (ECB) on Friday named a group of 55 men's players who have been asked to return to training as they prepare for the prospect of behind-closed-doors cricket, subject to government clearance. Alex Hales and Liam Plunkett are among the high-profile omissions in the list.

Players have not yet been named with specific formats in mind, but the list is likely to serve as the source of the squads for the Test series against West Indies and ODI series against Ireland. Nasser Hussain Feels England Are Being 'a Little Harsh' on Alex Hales.

The ECB, in a statement, said that it continues to work closely with its county partners to provide a safe and efficient return to practice for players, and is grateful for the support of the counties in assisting with the coaching provision across this period.

ECB Performance Director Mo Bobat said: "It's really pleasing to be in a position to have players returning to training and a huge amount of work has been done by many to get us this far."

"The pool of players will give selectors strong options when it comes to selecting squads across formats further down the line, as we move closer to our aim of playing international cricket this summer."

All professional cricket activities currently remain suspended in England at least until August 1 due to the COVID-19 pandemic. Alex Hales 'Might Take Some More Time' to Return, Says England Skipper Eoin Morgan.

(The above story first appeared on LatestLY on May 29, 2020 04:21 PM IST. For more news and updates on politics, world, sports, entertainment and lifestyle, log on to our website latestly.com).