No Cheerleaders for Royal Challengers Bangalore in IPL 2018: Kohli's Team to be Cheered by Unisex Duplicate Captain Henry Morgan 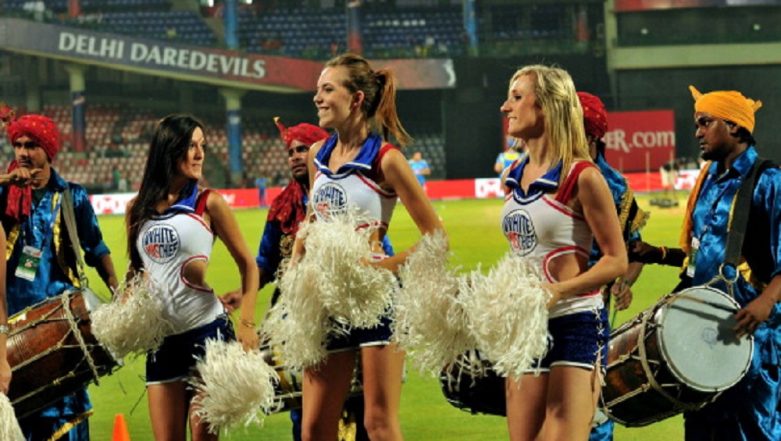 Bengaluru, April 9: The Indian Premiere League (IPL) apart from cricket is known for glamour and entertainment it provides to the audience. After the arrival of T20 cricket the trend of having cheerleaders has become part of the game. Every four, six and a wicket is cheered by the cheerleaders in their unique way. This trend can be seen changing in this IPL as Royal Challengers Bangalore (RCB) is not having cheerleaders to hceer for them. The reason given behind this move is that the team wants to remove gender stereotype and the way people perceive these girls.

As per a report published in The Times of India, Virat Kohli's team will now reportedly have men and women dressed as Captain Henry Morgan, a Welsh privateer. It is reported that three will hold banners with catchphrases in Hindi, English and Kannada.  tThe fans in the stadium will be cheered to read the messages aloud. Calling it a marketing move, Amrit Thomas, chairman of Royal Challengers Sports Pvt Ltd said,” Cheerleading in the US is an art in terms of the routines they have. But in the way it gets translated here, at times it ends up objectifying women and that clearly isn't a part of our plan.”

The teams like Chennai Super Kings and Kolkata knight riders have also brought change in the outlook of the of cheerleaders. These teams have added a traditional element to the game with desi costume and beats.

The RCB used to hire White Mishchief girls from the famed Washington Redskins cheerleading team, and they had their own fan following in the IPL. Though it was during the time when Vijaya mallaya was in-charge of the business. Though RCB has not been able to win an IPL trophy but this move this team has surely win hearts. By four wickets. If we talk about this year’s IPL, Royal Challengers Bangalore was defeated in their opening encounter with Kolkata Knight Riders.