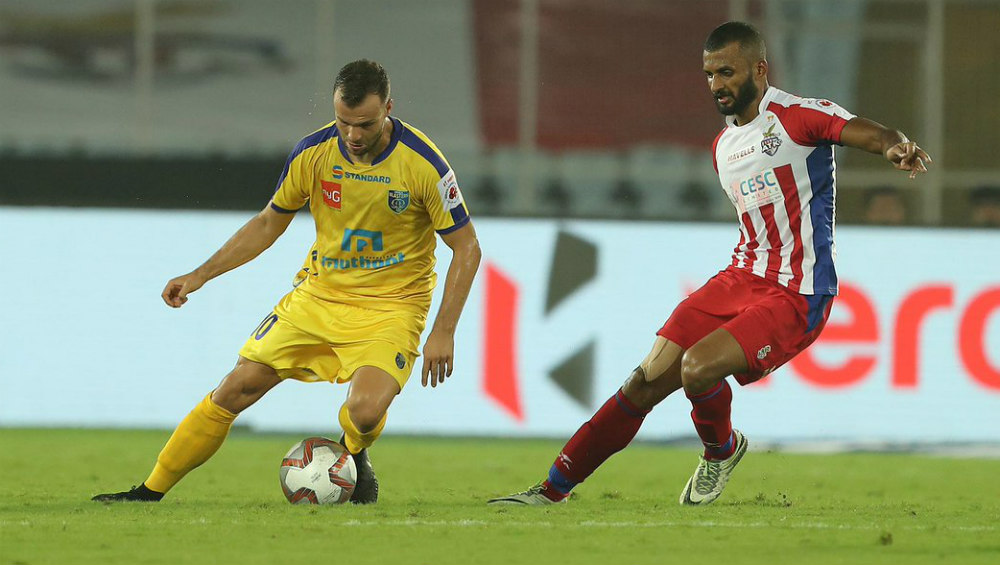 Atletico de Kolkata hosts Kerala Blasters knowing that a win at home will take them to the top of the ISL table, level on points with FC Goa. Antonio Habas’s men have had a wonderful campaign so far where they have torn apart teams through their attacking displays. With 21 points from 11 games, ATK are currently third. Opponents Kerala Blasters have not had the best of tournaments as they lie at eighth with 11 points. They did manage to defeat Kolkata in their opening game of the 2019/20 season and a repeat of that result will surely give them a huge lift. Fans searching for live streaming of ATK vs Kerala Blasters can scroll down below. ATK vs KBFC Head-to-Head Record.

ATK this season has banked a lot on the partnership of David Williams and Roy Krishna which has paid rich dividends. With the possibility of David Williams missing the game through injury, it will be interesting to see how Antonio Habas comes up with an alternative plan. Javi Hernandez and Edu Garcia in midfield have created plenty of chances for their attackers to latch on to with Michael Soosairaj finding the right balance between attack and defence by shielding the back four. Their defence was largely untested against Mumbai and that could be a case again when Kerala come visiting. ATK FC Vs Kerala Blasters FC - Live Football Score.

Sergio Cidoncha and Mario Arques are out of the tie as they nurse injuries which means Bartholomew Ogbeche and Messi Bouli have to take up the attacking responsibilities. The duo scored 3 out of the 5 that Kerala put past Hyderabad in their previous match and their confidence will be high going into the game. Seityasen Singh in the playmaker role can be Kerala’s best bet to hurt ATK with his precision passes.