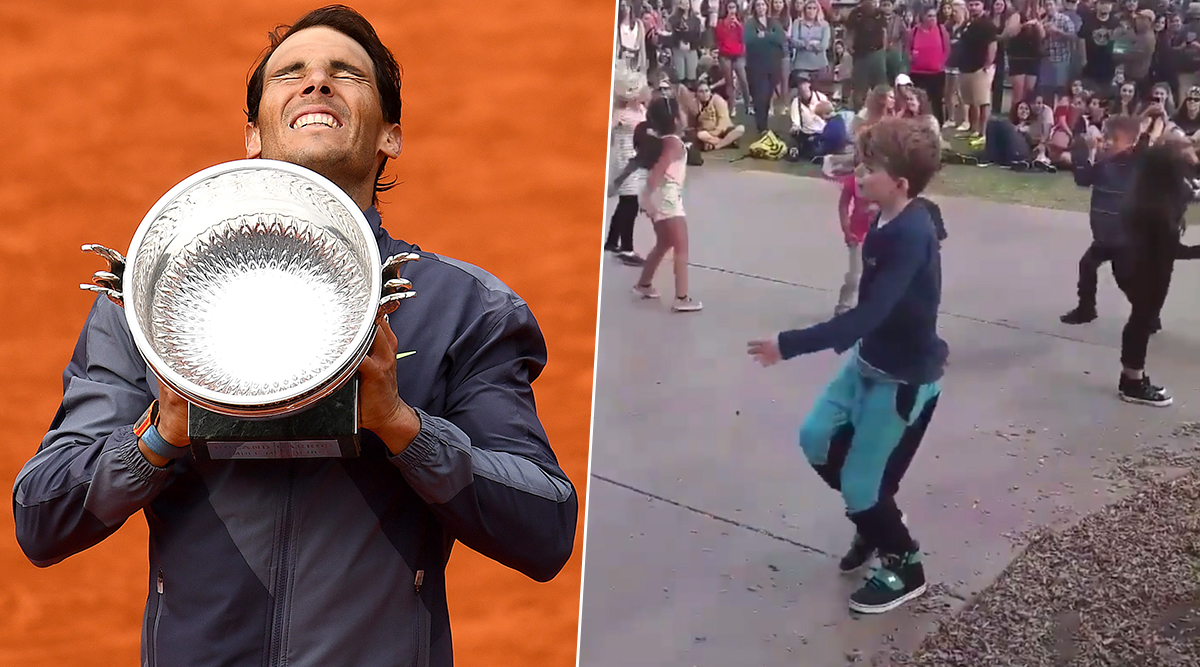 Such has been his dominance at Roland-Garros, that Rafael Nadal could be easily be described as an overqualified competitor among amateurs. With 12 titles at the French Open – the most by any tennis player in any category at Roland Garros – Nadal holds the record for most titles won at single Grand Slam event. He is also called the “King of Clay” for his dominance at the clay-court, ever since lifting his first trophy at the French Open in 2005. There have been many attempts to describe/explain his supremacy at the French Open – a feat not enjoyed by any other tennis player in any other Grand Slam event – but Andy Roddick might have found the perfect example to do it. Roger Federer, Rafael Nadal Pose For Selfie With Bill Gates And Trevor Noah Ahead of South Africa Exhibition Tour (See Pics).

Roddick, a former World No 1 and 2003 US Open champion, re-tweeted a video from his official twitter account to describe Nadal’s dominance on clay court. Roddick, whose best spell at the French Open came in 2009 when made it to the fourth round, captioned the video “Rafa on clay”.

Over Qualified for Competition

This kid was way over qualified for this dance competition pic.twitter.com/vyonA9nwXE

In the video, a teenage boy can be seen participating in a children dance competition and is undoubtedly the best dancer among all the participants present in the competition. But the funny thing is that this teenage boy looks years ahead of his co-participants both in age and skills. He is not only taller than the other competitors but also is older and more skilled while the other participants mostly look 5-7 years old kids.

“This kid was way overqualified for this dance competition,” a user wrote on sharing this video online and through it Roddick may have just found the perfect example to describe Nadal’s supremacy at the French Open. Twitterati too joined the former American tennis professional in echoing the same thoughts about Nadal dominance on clay court with many applauding Roddick for his top comment.

The video by itself was great, but Andy that was the perfect comment. Made me darn near spit my drink out. 😂

Rafael Nadal and Others At French Open

Meanwhile, Nadal is currently the defending champion At French Open having beaten Dominic Thiem in the summit clash last year. He will be defending his crown as well as chase Roger Federer’s record of 20 Grand Slams when the event hits court on May 24, 2020. He was knocked out of the quarter-finals at Australian Open by Thiem in a five-set epic clash at the beginning of this year.