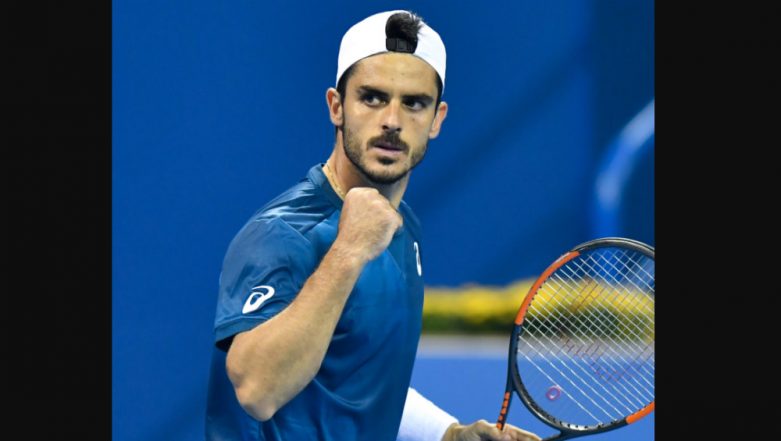 London, July 5: Italian qualifier Thomas Fabbiano on Thursday knocked out former world No. 3 Stanislas Wawrinka of Switzerland 7-6 (9-7), 6-3, 7-6 (8-6) to book a place in the third round of Wimbledon 2018, equaling his best run ever in a Grand Slam tournament.

The match was played over two days, as rain and nightfall forced the encounter to be suspended on Wednesday while the Italian, world No. 133, was trailing 5-6 in the third set and on serve, reports Efe.

When the match was resumed, Fabbiano held serve and managed to clinch the third set tie-break, earning his first career win over Wawrinka, who struggled to regain form. The three-time Grand champion Wawrinka, currently world No. 224, missed the latter part of the last season due to a knee injury that required surgery.  Wimbledon 2018 Day 3 Highlight: Madison Keys and Venus Williams Advance to Round 3.