In fresh trouble for the State Bank of India (SBI), hackers of Chinese origin are targeting bank users with phishing scams, asking them to update their KYC using a particular website link and offering free gifts worth Rs 50 lakh from the bank via a WhatsApp message. 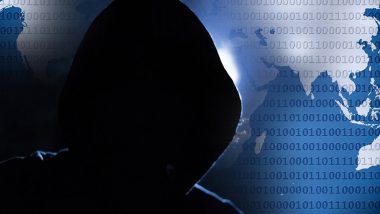 New Delhi: In fresh trouble for the State Bank of India (SBI), hackers of Chinese origin are targeting bank users with phishing scams, asking them to update their KYC using a particular website link and offering free gifts worth Rs 50 lakh from the bank via a WhatsApp message, cybersecurity researchers warned on Wednesday. Beware! SHAREit App Bug Can Leak Your Data to Hackers: Report.

The research wing of New Delhi-based think tank CyberPeace Foundation, along with Autobot Infosec Pvt Ltd, studied two such incidents on the name of SBI that were faced by some smartphone users.

"All the domain names associated with the campaign have the registrant country as China," the research team said.

We advise our customers to be alert of fraudsters and not to share any sensitive details online or download any app from an unknown source.#StaySafe #StaySecure #BeAlert #CyberSecurity #CyberSafety #SBIAapkeSaath pic.twitter.com/sC2qPWvEJ5

In the first case of the text message requesting KYC verification, the landing page that appears resemble with the official SBI online page.

On clicking the "Continue to Login" button, it redirects the user to full-kyc.php page, asking confidential information like username, Password and a captcha in order to login to the online banking.

The research team came to a conclusion that the campaign is pretended to be launched from State Bank of India but hosted on the third-party domain instead of the official website www.onlinesbi.com, which makes it more suspicious. The overall layout of the web page used in the campaign is kept similar to the official SBI netbanking site to lure the users. The SBI was yet to react to the report. In the second case of luring users to win attractive free gifts, the team found that the WhatsApp message also redirects the user to a link.

"On the landing page, a congratulations message appears with an attractive photo of State Bank of India and asks users to participate in a quick survey to get a free gift of Rs 50 lakh from the State bank of India," the researchers informed.

At the bottom of the page, a section appears which seems to be a Facebook comment section where many users have commented about how the offer is beneficial. The Research teams investigated the URLs in a secured sandbox environment where WhatsApp application was not installed. The researchers recommend that people should avoid opening such messages sent via social platforms.

"The URL manipulation showed that the web server has directory listing enabled and found other links visible which proves that not only the SBI users, IDFC, PNB, IndusInd and Kotak bank users are also targeted by the same type of phishing scam," the team noted.

In March this year, the same research team had pointed out that several users of the SBI were targeted in a phishing scam where hackers flooded them with suspicious text messages, requesting them to redeem their SBI credit points worth Rs 9,870.

(The above story first appeared on LatestLY on Jul 07, 2021 05:45 PM IST. For more news and updates on politics, world, sports, entertainment and lifestyle, log on to our website latestly.com).