T-Mobile CEO Mike Sievert, one of the CES 2022's featured speakers, has announced that his company won't be attending the world's largest electronics show next month. 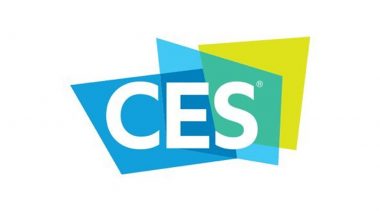 San Francisco: The world's biggest consumer electronics show 'CES 2022' appears to be falling apart as some of the major tech companies like Amazon, Meta, Twitter, Pinterest and T-Mobile have announced not to attend the event in-person, owing to the fast spread of the Omicron variant across the globe. CES 2021: New AMD Ryzen 5000 Series Mobile Chips for Gamers & Creators Announced.

T-Mobile CEO Mike Sievert, one of the CES 2022's featured speakers, has announced that his company won't be attending the world's largest electronics show next month.

"T-Mobile will continue to serve as a CES sponsor and title sponsor of the DRL Championship Race but the vast majority of our team will not be travelling to Las Vegas," the company said in a statement. "Additionally, T-Mobile CEO Mike Sievert will no longer be offering a keynote in-person or virtually."

Amazon has also decided not to attend the show in-person, reports The Verge. "Other companies that might make a sizable impact if they ditched 'CES 2022' include Samsung and GM, which also have featured keynotes", the report said late on Tuesday.

T-Mobile, Meta, Twitter, Pinterest, and iHeartRadio have all announced they won't attend the annual Las Vegas expo as Covid cases surge in the US. The Consumer Technology Association (CTA), which runs CES, stated that it still plans to host an in-person show.

"At this point, we're very much focused on having this show and doing it safely and putting the right protocols in place to ensure that people feel comfortable with it," a CTA spokesperson told Adweek.

The annual event -- happening in the shadow of the fast-spreading Omicron Covid variant which is now present in more than 90 countries -- is likely to bring together more than 1,800 companies under one roof in the casino capital of the world, from January 5-8.

(The above story first appeared on LatestLY on Dec 22, 2021 11:01 AM IST. For more news and updates on politics, world, sports, entertainment and lifestyle, log on to our website latestly.com).