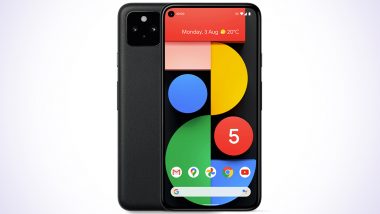 Google, the global tech giant has organised its 'Launch Night In' today. During the event, Google will officially launch the Pixel 5, Pixel 4a 5G, a new Chromecast & a latest smart speaker. The new Chromecast is likely to be called as Chromecast with Google TV & is expected to get significant improvements. The online launch event will commence at 11 am PT (11.30 pm IST) & will be streamed via Google's official YouTube channel. Interested user can also watch the live online telecast of Google's 'Launch Night In' by clicking on the below-embedded video. Google Pixel 5 Likely To Get 90Hz OLED Display & 8GB of RAM: Report.

In terms of specifications, Google Pixel 5 is likely to feature a 6-inch OLED display with a resolution of 2340x1080 pixels & a 90Hz refresh rate. The phone is expected to be powered by Qualcomm Snapdragon 765G coupled with 8GB of RAM & 128GB of internal storage. For photography, the smartphone could come equipped with a dual rear camera system with a 12.2MP OIS camera & a 16MP wide-angle lens. Upfront, there might be an 8MP shooter with Sony IMX355 sensor. 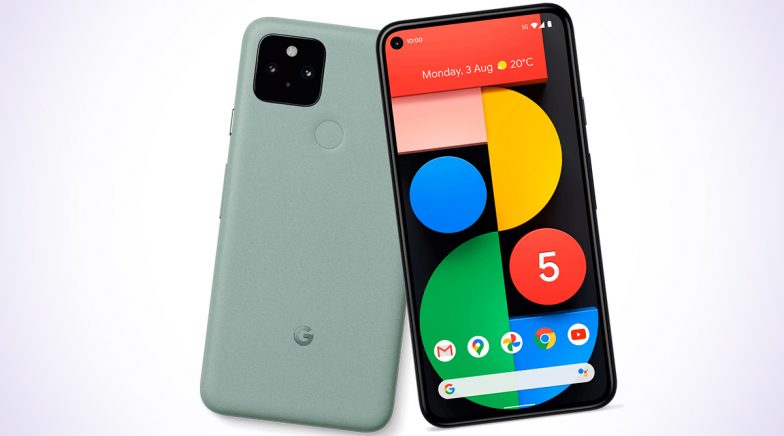 The device is rumoured to pack a 4,080mAh battery with 18W Qi wireless charging facility as well as 5W reverse wireless charging. The handset may run on Android 11 operating system. In addition to this, the phone is tipped to get a rear fingerprint scanner, Bluetooth 5.0, a USB Type-C port & NFC. Google Pixel 5 is likely to be priced at EUR 629 (approximately Rs 54,000) for the lone 8GB RAM & 128GB storage. Google Pixel 4a 5G smartphone was announced during the launch of Pixel 4a. The device costs $499 (approximately Rs 37,000). The Pixel 4a 5G is expected to flaunt a 6.2-inch OLED display with a resolution of 2340x1080 pixels. Pixel 4a 5G is reported to get a similar camera setup as the Pixel 5. The handset could be fuelled by a 3,885mAh battery with 18W fast charging support & likely to be powered by Snapdragon 765G chipset. 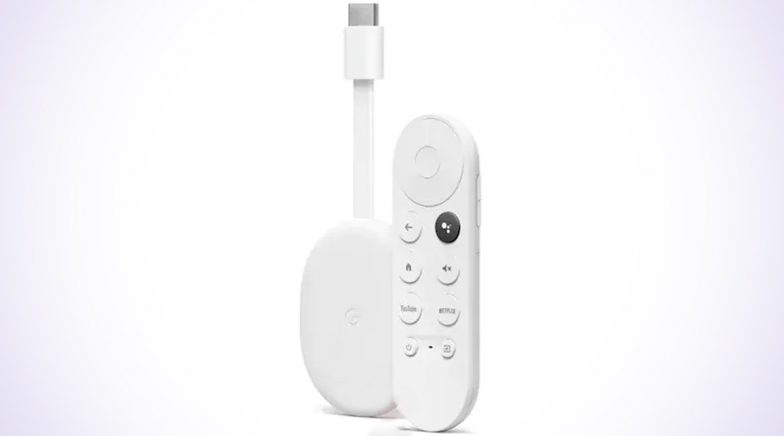 Google could also launch the upgraded Chromecast with Google TV during the event. The device is rumoured to be priced at $50 (approximately Rs 3,700), reported to support full-fledged apps & come with a revised Android TV interface. The upcoming Chromecast can be attached to a smart TV & can be used to access several apps using the remote. The upcoming device is likely to come with dedicated Netflix & YouTube buttons, a D-Pad, navigation controls and a Google Assistant button. Chromecast with Google TV is tipped to be powered by Amlogic S905X2 SoC coupled with 2GB of RAM.

(The above story first appeared on LatestLY on Sep 30, 2020 04:12 PM IST. For more news and updates on politics, world, sports, entertainment and lifestyle, log on to our website latestly.com).