Aspirin Can Cut Risk of Death in Cancer Patients by 20%, Says Study

Patients with a wide range of cancers, taking aspirin as part of their treatment, could help to reduce their risk of death by 20 per cent, a major review of existing research has suggested. 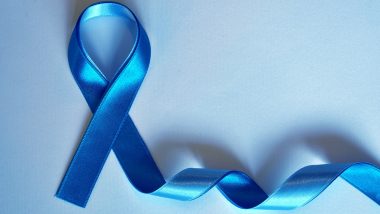 London, July 4: Patients with a wide range of cancers, taking aspirin as part of their treatment, could help to reduce their risk of death by 20 per cent, a major review of existing research has suggested.

They pooled the results and found that in a total of nearly 2,50,000 patients with cancer, who reported taking aspirin, this was associated with a reduction of nearly 20 per cent in cancer deaths.

The review said the available body of evidence on its efficacy and safety "justifies its use" as a supplementary treatment in a wide range of cancers" and patients should be informed of this.

Their review is published in the open access journal ecancermedicalscience.

"In recent years, my research team and I have been struck by the actions of aspirin on the biological mechanisms relevant to cancer -- and these seem to be the same in many different cancers," said lead author Peter Elwood, Professor at the varsity.

"Overall, we found that at any time after a diagnosis of cancer, nearly 20 per cent more of the patients who took aspirin were alive, compared with patients not taking aspirin," he added

The team also considered the risks of aspirin -- a small number of patients had experienced a bleed, but there was no evidence of any excess deaths attributable to bleeding in the patients on aspirin, the review said.

"Our research suggests that not only does aspirin help to cut risk of death but it has also been shown to reduce the spread of cancer within the body -- so-called metastatic spread," Elwood added.

The team said there is now a considerable body of evidence to suggest a significant reduction in mortality in patients with cancer who take aspirin -- and that benefit appears to not be restricted to one or a few cancers.

"Aspirin, therefore, appears to deserve serious consideration as an adjuvant treatment of cancer and patients with cancer and their carriers should be informed of the available evidence," Elwood added.

"However, we must also stress that aspirin is not a possible alternative to any other treatment," he noted.

(The above story first appeared on LatestLY on Jul 05, 2021 09:40 AM IST. For more news and updates on politics, world, sports, entertainment and lifestyle, log on to our website latestly.com).