Muslim Man, Who Had Claimed to be Islam's Prophet, Shot Dead in Pakistan Court 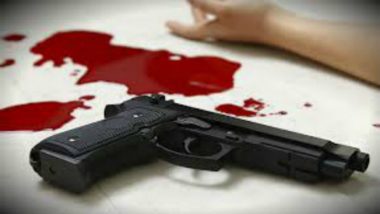 Peshawar, July 29: A Muslim man, who had claimed to be Islam's prophet, was shot dead in a Pakistani court on Wednesday. Tahir Shamim Ahmad was on trial for blasphemy. The assailant, identified as Khalid Khan, walked into the courtroom, in the northwestern city of Peshawar, and killed Tahir Shamim. He was subsequently arrested. European Union Threatens to Suspend All Subsidies to Pakistan Over Minority Persecution.

Tahir Shamim was arrested two years ago when he had claimed that he was a prophet of Islam. According to the Islamic faith, Prophet Mohammed is the last message of God and no other prophet will arrive after him. It remains unclear how Khalid Khan managed to get into the court when there was tight security around and inside the courtroom. Pakistan: Hindu Teacher Attacked on Blasphemy Charges in Sindh's Ghotki, Temple Vandalised.

Blasphemy remains an extremely controversial issue in Pakistan. Last year, Pakistan awarded death penalty to at least 584 people, out of which 17 were convicted for "blasphemy", and 15 were executed. Besides, there have been incidents when groups and individuals took the law into their own hands and killed people accused of blasphemy.

The criminal code of Pakistan punishes blasphemy against Islam. Though blasphemy laws were enacted by the British colonial authorities in undivided India, Pakistan under military dictator General Zia-ul-Haq made them more stringent in its drive to Islamise the country. Pakistani Parliament in 1974, under Prime Minister Zulfiqar Ali Bhutto, had declared Ahmadi Muslims as non-Muslims.

In 2010, Asia Bibi was sentenced to death by hanging on a flimsy charge of blasphemy. A year later, Shahbaz Bhatti, a Roman Catholic and Pakistan's Minister for Minorities Affairs, was killed in Islamabad for defying threats over his efforts to reform blasphemy laws. Punjab Governor Salman Taseer was shot dead by his security guard in 2011 for supporting Asia.

(The above story first appeared on LatestLY on Jul 29, 2020 06:21 PM IST. For more news and updates on politics, world, sports, entertainment and lifestyle, log on to our website latestly.com).