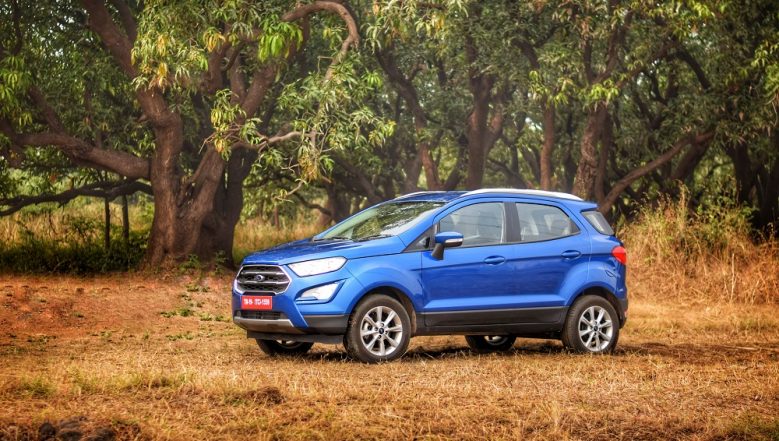 In a bid to strengthen it product offering in the sub-4m SUV space, Ford India is looking to expand its EcoSport line-up in the domestic market. As per the market report, the American car maker is planning to launch 2 new variants of the SUV soon that are likely to be named as EcoSport Titanium S and Signature Edition. More details about the SUV have started emerging on the internet as the possible launch is approaching and new images of the vehicle has also surfaced. Recently, it was also reported that the new EcoSport will get 1.0-litre EcoBoost engine as well as sunroof. See More: Ford Freestyle Online Bookings Commences via Amazon India; Expected Price, Launch Date, Specifications, Images and Other Details 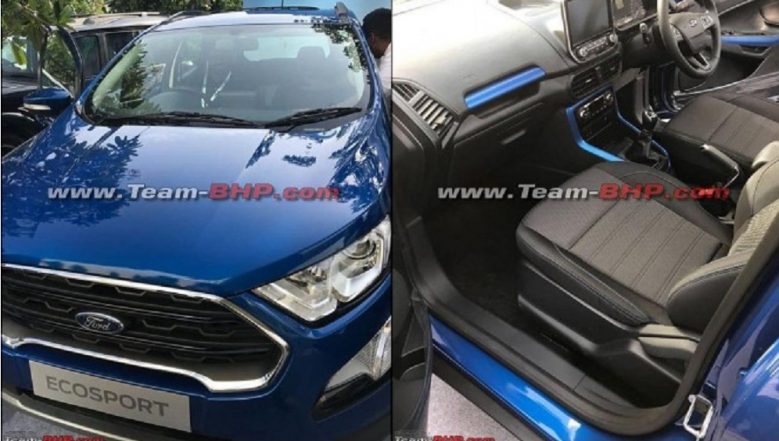 Moreover, additional changes likely to be seen on the new Titanium S variant of the EcoSport are sunroof, new alloys, blacked front grille, smoked headlamps, and much more. The sportiness of the new Titanium S variant of EcoSport will be accentuated by the black treatment which will be extended to front fog lamp bezels, roof rails and rear spoiler. Read More: Ford Freestyle 2018 India Launch Imminent: Expected Price, Dimensions, Interior, Specs & Interior

On the other hand, the new EcoSport Signature edition is likely to be introduced as a special edition which is speculated to be based on the Titanium+ variant. Expected to be seen in both petrol and diesel avatars, the EcoSport was previously spied with 'Signature Edition' badging, diamond cut dual-tone alloy wheels and more. The company has not yet specified the launch date of the new EcoSport Titanium S, however, we speculate that the SUV could be launched by next month followed by EcoSport Signature SE.