Anushka Sharma's Pari To Release in Russia, But It is NOT the First Female-led Indian Film to Do So 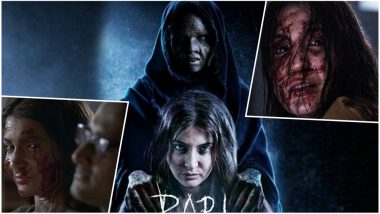 Pari, despite being the best horror movie Bollywood has made in years, hasn't got much love at the box office. The Anushka Sharma starrer was praised by the critics for its very dark tone and for the excellent performances of the main cast. Anushka Sharma had produced the movie under her banner Clean Slate Films along with Prernaa Arora. It was also her first release after her marriage to Indian cricket captain Virat Kohli.

While the Indian audience gave a cold shoulder to Pari, it has opened some new avenues for itself in the international arena. Pari is now readying to release in Russia, which is quite an achievement since very few Indian movies have managed to release there. Some have even called it the first female-led Indian movie to release in the country.

A source close to project gave out the statement, “Anushka has achieved immense popularity and superstardom through her work. She is a brand magnet, a huge social media influencer and commands global popularity. Now, she is opening an international market on her own! Pari, produced by her company Clean Slate Films, will release in Russia on 19th April this year. This is huge as no other actress has been able to open a film on her own in a non-traditional market like Russia. Raj Kapoor had an iconic status in Russia. Since then no other actor has had superstardom in this country. It would be great if a woman, specially Anushka, make inroads into this territory.”

While it is great that Pari has found acceptance in Russia, it is NOT the first female led movie to release in the country. That credit goes to Hema Malini's 1972 movie Sita Aur Geeta, which was a huge hit in Russia. The dramedy, also co-starring Sanjeev Kumar and Dharmendra, was inspired by Shakespeare's Comedy of Errors. Here's what an article on Russia Beyond has to say about the movie - "Speaking of pulling at heartstrings, the film ‘Seeta aur Geeta’ had the whole country in tears. The plot revolves around identical twin sisters Seeta and Geeta, who were separated at birth and have very different fates; Geeta is abducted by gypsies and becomes a wandering street performer, while her sister is raised by their rich uncle, whose fortune she stands to inherit. Somehow, after a series of hilarious adventures and misunderstandings, the sisters meet. The film was so popular – 55.2 million Soviet citizens paid to see it – that a pair of Siamese twins born in Kyrgyzstan (or the Kyrgyz Republic as it is now known) was given the names Seeta and Geeta by their parents."

While this nugget of knowledge in now way undermines Pari's achievement, we do wish that people would double check facts before making such claims. However, Pari is definitely the movie that rides purely

Russians have been fans of Bollywood movies for long with the late Raj Kapoor and Mithun Chakraborty enjoying quite a fanfare there. Their movies, Aawara, Bobby and Disco Dancer, have been huge hits in the country. Now we have to see if Anushka Sharma can own this feat for herself with Pari.

(The above story first appeared on LatestLY on Mar 27, 2018 02:20 PM IST. For more news and updates on politics, world, sports, entertainment and lifestyle, log on to our website latestly.com).