Sania Mirza Confirms Her Biopic, Wants Alia, Deepika, Anushka Or Sara To Get Into Her Shoes! 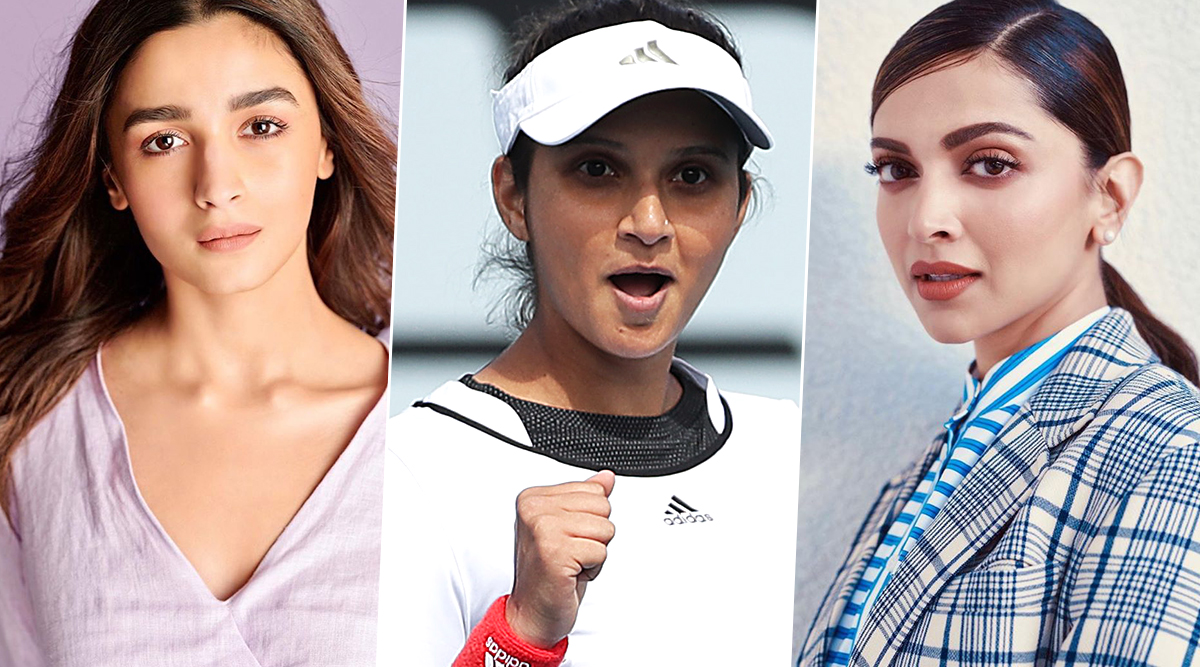 Tennis sensation, Sania Mirza has made our country proud numerous times and is also one of the most loved athletes. Since some time now, rumours of her biopic have been doing rounds in the tinsel town. And now, making an official confirmation about the same, Mirza recently gave a nod to the biopic gossip. She informed that she has sold the rights to producer Ronnie Screwvala. Not just this, the Indian player also suggested four Bollywood actresses she would like to see play her role in the flick. Earlier, Sania had expressed she wants Parineeti Chopra to get into her shoes. However, she informed that as Pari is doing Saina Nehwal's biopic, she is out of the league. Sania Mirza Biopic in Works at Ronnie Screwala’s RSVP Movies, ‘I’m Not Scared but Excited for It’ Says the Tennis Star.

Speaking to Pinkvilla, Sania shared, “I’ve sold my biopic rights to Ronnie Screwvala for the production so it is underway. I think we are still in the process and are into the directors right now.”

When quizzed which actress can fit in her shoes, she answered, “I guess Pari can’t do it because she’s doing Saina Nehwal now, so she’s out of the picture. But there’s obviously Alia, Deepika, Anushka... Sara Ali Khan. I think it could be anyone. A lot will also depend on the script. It can also depend on how it will be played, who has free dates, there are so many things involved in an actor coming on-board.” Sania Mirza Confirms Her Biopic is Finally Happening Though Producers Are Yet to Pick the Right Actress.

In the same chat, she also opened up on how she and her BFF, Pari are communicating amid the coronavirus outbreak. She added, "Me and Pari have a very random friendship where we don’t talk for weeks in a row and then suddenly we’ll talk like all the time. But we get each other and that’s totally fine. In the morning I think she was playing quarantine antakshari and it was just random. I had not spoken to her in a few weeks and I just sent her ‘Tu tu tu, tu tu tara, todo naa dil humaara’ because the letter was ‘T’ and she totally got it.” Stay tuned!