Ala Vaikunthapurramuloo Movie Review: Allu Arjun – Pooja Hegde Starrer Is an Entertaining Film, Gets A Thumbs Up From Critics 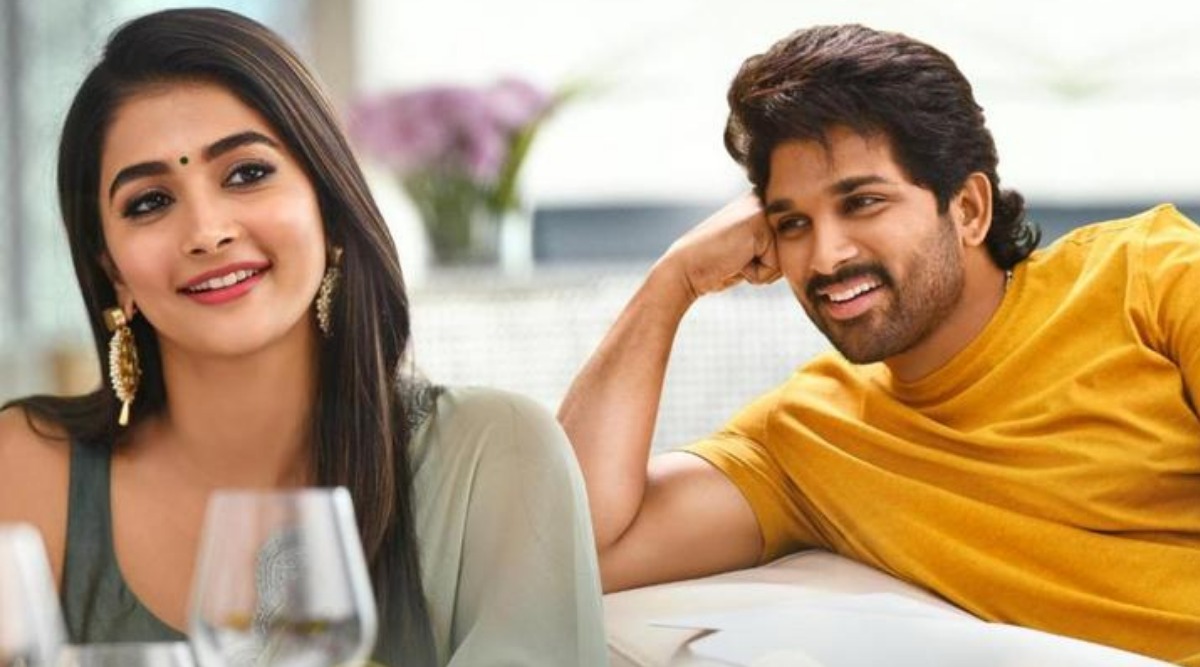 This week has been supremely special for all movie lovers across industries. There has been a variety of releases such as Rajinikanth – Nayanthara starrer Darbar (January 9), Ajay Devgn’s Tanhaji and Deepika Padukone’s Chhapaak (January 10) and Mahesh Babu – Rashmika Mandanna starrer Sarileru Neekevvaru (January 11). And today (January 12), Allu Arjun –Pooja Hegde's movie Ala Vaikunthapurramuloo hit the big screens. From fans to critics, all are praises for this light-hearted film. Critics have stated in their reviews, although Ala Vaikunthapurramuloo has some clichéd moments, director Trivikram Srinivas has still managed to keep the audience hooked as promised. Ala Vaikunthapurramuloo Trailer: Allu Arjun, Pooja Hegde and Tabu Starrer Looks Like a Complete Entertainer With Action As Well As Comedy (Watch Video).

Times Of India - Ala Vaikunthapurramuloo is set in the soft-tinted, beautifully framed, pastel hued cotton-candy-land that Trivikram Srinivas builds. Allu Arjun sinks his teeth into his role, pulling it off with effortless ease. Ala Vaikunthapurramuloo has a little bit of everything and despite the cliché and predictable storyline; Trivikram manages to make it work and deliver what he promises. Watch this one for Allu Arjun, especially if you’re a fan, for he shines in this one and of course, the fun of it all.

India Today - Trivikram Srinivas’s treatment of this clichéd plot deserves some mention. He has fleshed out some brilliant characters played by Allu Arjun, Murali Sharma and Jayaram. These characters drive the story and more importantly, they are not superficial. Allu Arjun has the most fun in Ala Vaikuntapurramloo and has displayed his best performance. The film treads familiar zones of a commercial cinema, but the way Trivikram packaged the entertainer worked well.

The Hindu - Trivikram Srinivas sets the stage for a solid drama of relationships and doesn’t disappoint. Teaming up with Allu Arjun after Julayi and S/O Satyamurthy, he extracts an empathetic performance that also packs in Allu Arjun’s trademark swag.

The Hans India - The star cast sure became one of the biggest plus points for this movie. Without focusing much on adding unnecessary scenes, director Trivikram tried to narrate the story on point by lacing it up with so many entertaining scenes.

Ala Vaikunthapurramuloo also featured Tabu, Jayaram, Sushanth, Nivetha Pethuraj, among others in supporting roles. Produced under the banners of Geetha Arts and Haarika & Hassine Creations, let’s wait and watch how much this film earns on the opening day.