Sana Khan Is Having an All-Blue Kinda Day and Yes, Its Edgy Chic! 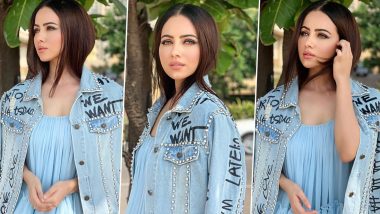 We love how in the fashion riddled industry, this girl's self-sustaining love for styling herself and helming her own glam stands out as a stark contrast. With a perfect understanding of what flatters her petite frame - the hues, cuts, prints and an accompanying beauty game, Sana Khan took to the gram to share a picture of her all- blue and beautiful kind of vibe. Edgy chic, Sana's style is why we have come to love this cute girl-next-door. Sana became a household name with her stint on Bigg Boss in 2012. She has appeared in Hindi, Malayalam, Tamil, Kannada and Telugu language films, TV commercials. An impressive following of 3.3 million on Instagram and a beauty endeavour called Faces Spa by Sana Khan is a worthy testimony to her popularity.

A pleated ruffle dress in powder blue was teamed with a graphic printed denim jacket with stud embellishments. Bold blue-lined eyes, pink lips and centre-parted sleek hair completed her look. Sana Khan Is Chic in Dark Florals but Her Red Lips and Perfect Winged Eyes Have Us Hooked! 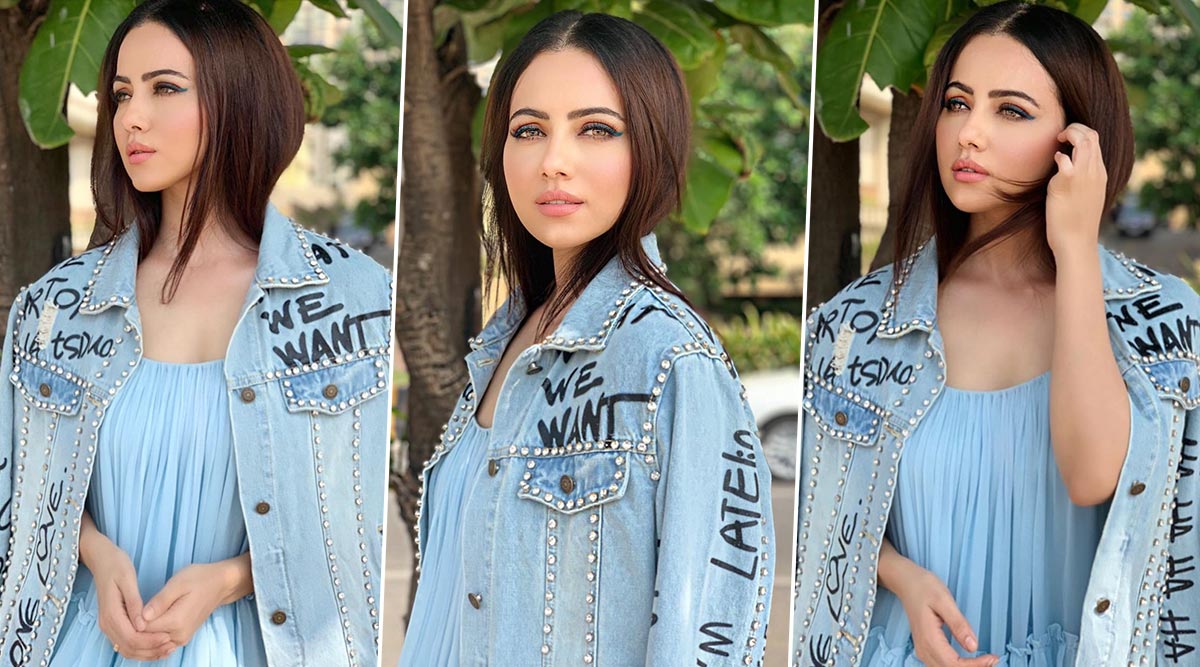 Sana Khan will be seen in Tom Dick & Harry 2, an upcoming comedy film directed by Deepak Tijori and sharing screen space with Jimmy Sheirgill, Aftab Shivdasani, Sharman Joshi, Pooja Chopra and Amyra Dastur. The film is a sequel to the 2006 film Tom Dick and Harry, a story about three deaf, dumb and blind men.

(The above story first appeared on LatestLY on Jul 16, 2020 03:40 PM IST. For more news and updates on politics, world, sports, entertainment and lifestyle, log on to our website latestly.com).