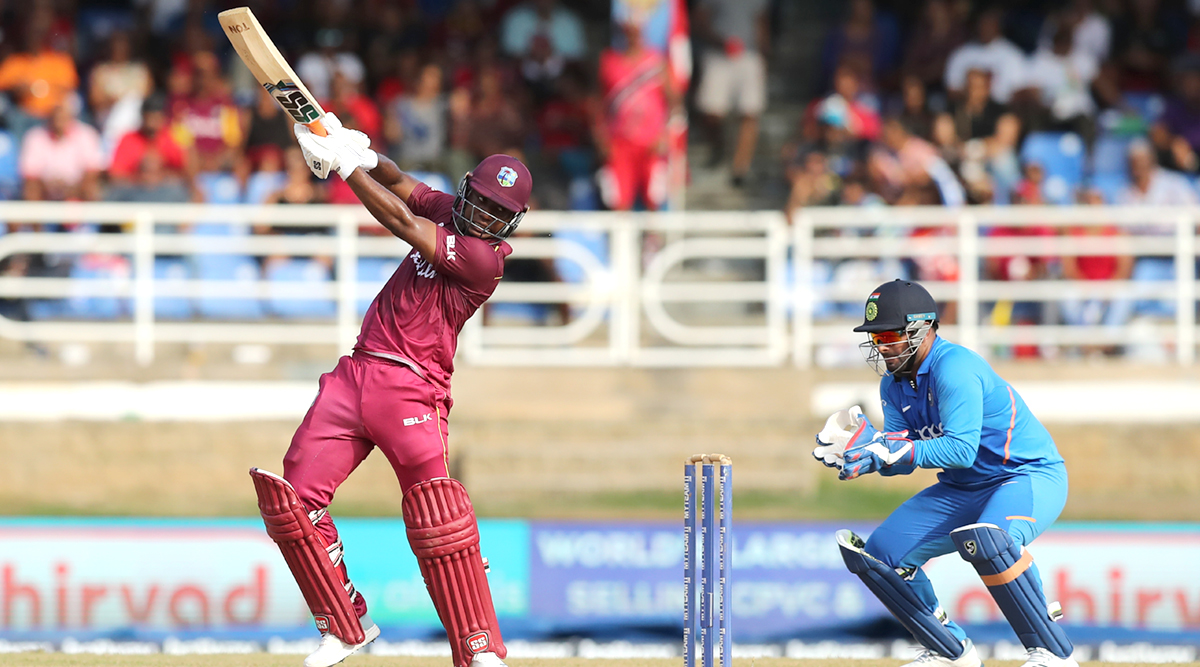 Chennai, December 14: After earning a hard-fought series win in the T20Is, Team India will now want to take that form in the ODIs when they face West Indies in the first match of the three-game rubber to be played at the MA Chidambaram Stadium on Sunday.

West Indies gave a glimpse of its power-packed performance in the three T20Is and the Indian team will be cautious in their approach, especially considering they will without their two main players in the ODIs. India vs West Indies Head-to-Head Record: Ahead of 1st ODI 2019, Here Are Match Results of Last Five IND vs WI Encounters.

Both Shikhar Dhawan and Bhuvneshwar Kumar have been ruled out of the series because of their respective injuries. Dhawan, who hurt his knee during the Syed Mushtaq Ali Trophy recently, has been replaced by Mayank Agarwal while Shardul Thakur has been named as replacement for Kumar who suffered from a groin injury in the final T20I at the Wankhede.

However, despite the injuries, the Men in Blue will be confident of coming through unscathed, especially in home conditions. Captain Virat Kohli will have some tough calls to make when he will decide about the playing XI.

It will be interesting to see whether the hosts play the spin duo of Kuldeep Yadav and Yuzvendra Chahal considering the slowness of the Chennai pitch.

"We were looking at an ideal combination which gives absolute balance to the team," India bowling coach Bharat Arun had said on Friday.

"Also there was an option, where we could use Jadeja as an all-rounder. So that really helped us and yes, there may be occasions when there are conducive conditions both can be playing together. But we will have to look at the overall balance before we decide the team," he added.

For West Indies, ODIs will provide them with the opportunity of taking in the T20 form and give a tough fight to the Indians. However, in the ODIs, the West Indies team haven't had the greatest of runs in the last few years and have gone without a win in 16 bilateral ODI series since August 2014.

In fact, the drawn series against England at home earlier this year remains to be their lone highlight. However, they would carry their confidence from the 3-0 sweep of Afghanistan last month. One big positive for the visitors would be the return of their top-ranked batsman Shai Hope.

The head-to-head count between India and West Indies in ODIs stands currently at 62 wins each, but the gulf between the two sides has progressively widened in the last decade or so and the Indian team would like to increase that further.

The two teams last met in ODIs in the Caribbean Islands where India won the three-match series 2-0 as one of the matches got washed out.