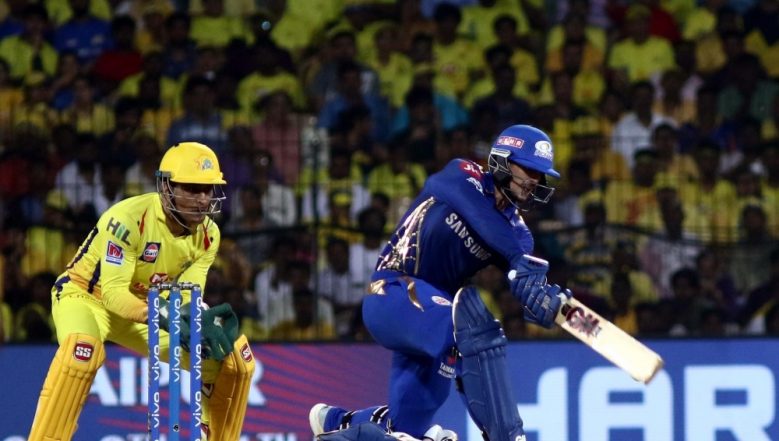 The Mumbai Indians have become the first team to seal a spot in the finals of the IPL 12 as they went on to beat the Chennai Super Kings by six wickets. Hosted in the backyard of the Chennai Super Kings, Rohit Sharma and men put out an all-rounder performance in the Qualifier 1. The Men in Blue and Gold qualified for the finals for the fifth time as they are closer to clinching the fourth title. Before we get on to the stat highlights of the match, let’s tell you in brief about the match.  After winning the toss, Chennai Super Kings elected to bat first. MI beat CSK by 6 wickets.

But what they witnessed was a disaster as their top order woes continued to haunt the hosts. The team witnessed the collapse of three wickets in the power play. Ambati Rayudu’s knock of 42 runs came in quite handy for the team and MS Dhoni joined the party chipping in with a few runs here and there. CSK posted a paltry total of 131 runs on the board. But even Mumbai Indians lost a couple of early wickets, but it was Surya Kumar Yadav and Ishan Kishan who chipped in with vital runs for MI. Suryakumar Yadav remained on 71 and Ishan Kishan scored 28 runs from 31 balls. Hardik Pandya scored winning runs as the team won the game by six wickets with nine balls to spare.

Now let’s have a look at a few stats of the match:

# This is the fifth time that MI has reached the finals of the IPL.

# This is Rohit Sharma’s seventh victory at the Chepauk Stadium.

# This is Chennai Super Kings’ fourth consecutive loss against Mumbai Indians. Rohit Sharma against Pune in 2018 and then in Mumbai in this season. Rohit Sharma and men won the game in Chennai by 46 runs and then even today.